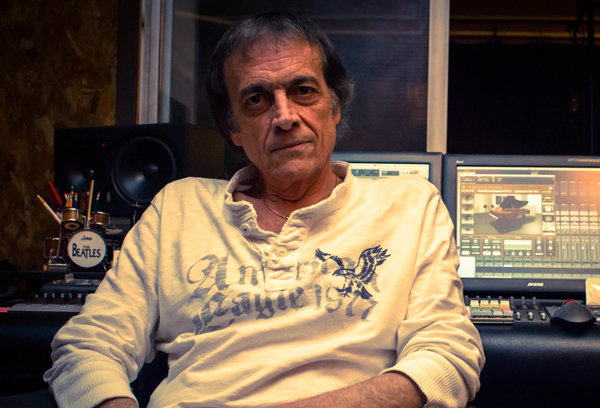 No one will look at you askance when you say, “Who’s Crack the Sky?” I didn’t know the story behind this 70’s prog rock band bestowed with a breathtaking brush with ever-lasting fame only to end up defeated by circumstance and largely forgotten. It’s well-worth looking up and reading. The band’s members didn’t necessarily fold up their respective tents and abandon any hope of making music; many went on, in one fashion or another, to enjoy respective if not successful careers long after Crack the Sky originally closed down.

The band has perhaps inevitably reunited since their “classic” days and one of the best examples, if not the definitive example, of how the band members never surrendered is Joe Macre. The band’s bass player and a prolific songwriter in his own right has a release out entitled The Dream Is Free and it is a song collection that reveals a man who has moved on while remaining true to his artistic roots.

The progressive rock tendencies are strong. Listeners familiar with the genre will note a particular inclination in Macre’s songs towards the 80’s-90’s musical template many progressive acts of that era followed. I hear a great deal of synth/keyboard laced flourishes alongside muscular yet melodic rock guitar during tracks such as the title song, “Ride or Die”, and “Tomorrow is Today”. You hear a lot of Macre’s personal story coming through, as well, in the song’s lyrical content and the latter track is an especially strong example of that.

Another track that reveals a lot about Macre the man is “Drop Me Off at the Rainbow”. Attentive listeners will smile when they sort out the song’s double-meaning and the acoustic playing highlighted during the song is a welcome respite from the album’s electric guitar histrionics. Macre’s vocal, delivered with a voice betraying the years but still vibrant with life, is one of the album’s indisputable highlights.

You can’t help, if you’re feeling for music and feel-good stories runs deep, to experience some tugging at the heart strings hearing this album. It could have been just as easily called The Dream Never Ends because it’s apparent that the initial spark setting Joe Macre on his journey, through all its ups and downs, remains as strong as ever.

“The Dark Sky Sea” provides ample evidence of that concluding the album. This is prog rock in all its deliberate grandeur and the fully realized design of this performance is an appropriate finale for the release. We can expect to hear from Macre again in short order. The Dream is Free sparkles with the sort of freewheeling creative roll we associate with surging artistic powers, and it isn’t surprising that we are hearing that from Joe Macre, a man with several lifetimes under his belt. He is an artist reborn, yet again, and anyone familiar with his past will appreciate the unique beauty and power of these songs. Newcomers will undoubtedly be taken aback by the explosive inspiration conveyed by each song. Joe Macre’s The Dream is Free wins you over and keeps you coming back for more.  Kim Muncie