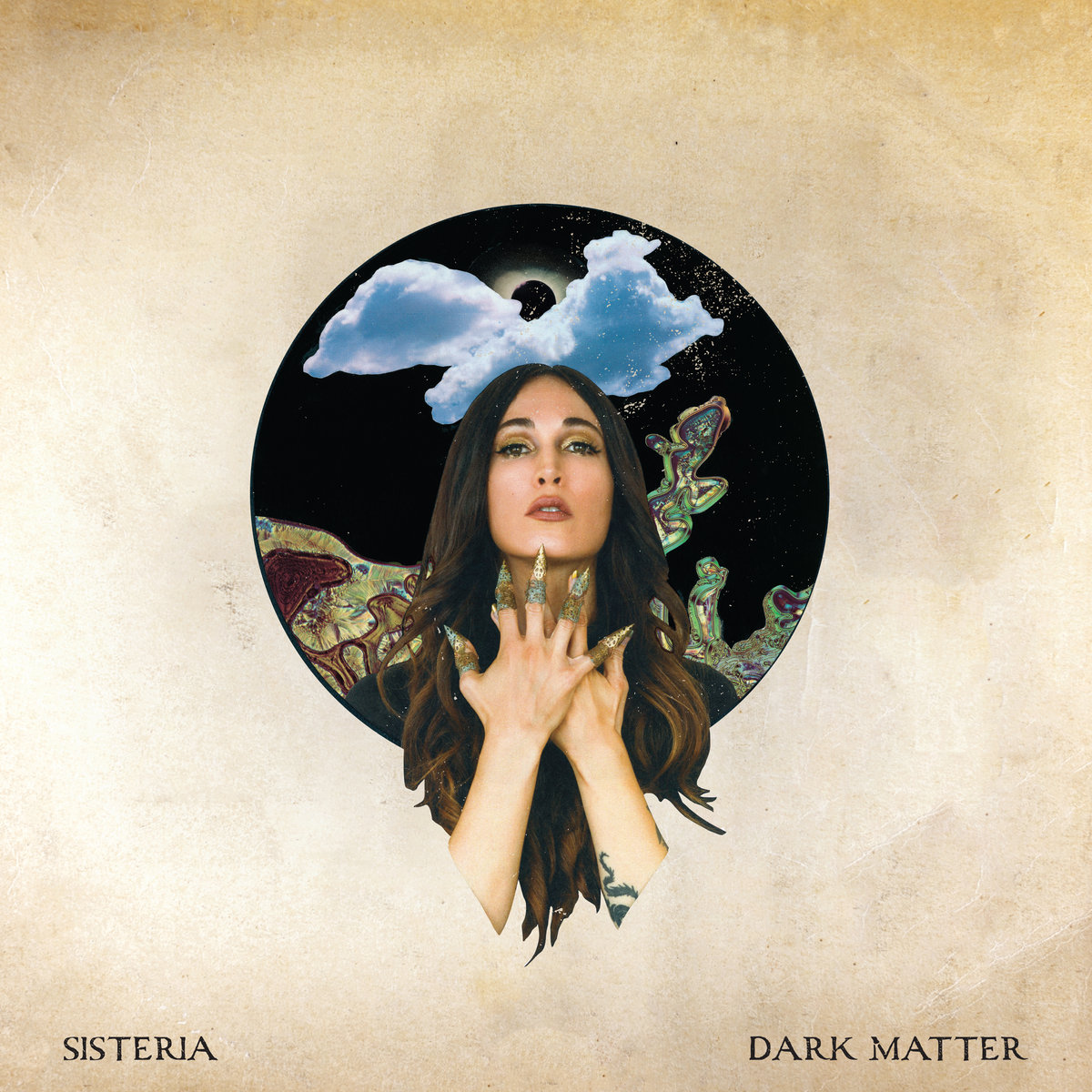 If you’re into heavy music or, more specifically, inclined towards stoner rock in any capacity, the sludgy guitar play in Sisteria’s Dark Matter may well be the most intriguing element of the record to behold, but if you listen a little closer, you’re definitely going to see that there’s more to this LP than is initially expected. With lead vocals that bring to mind the fragility of a bohemian folk-rock and lyrics that are self-aware but not quite self-centered, Sisteria’s “Hunger,” “Winter Crow,” and “Burial Ground” flirt with some pretty impressive sonic depth as well as aesthetical elements others are just too intimidated by to experiment with – much to the chagrin of smart critics like me. All in all, Dark Matter is more than a battle cry; it’s a statement of cerebralism in an otherwise lukewarm year for indie rock.

The folky harmonies that are buried in the mix within “Om – Yes,” “Reaper,” and the opening cut “Wade My Way” are striking and not something I would have originally anticipated coming across in this record, but they’re nonetheless a staple of what makes Dark Matter such an immersive listen. Instead of centering the narrative on the verses and what our singer is trying to say with them in these songs, this is a band that wants to push the limits of their textural and tonal output against pure volume in songs like “Ramblin Woman” and “Pale in the Darkness,” both of which present a lot more multidimensionality than most pop fans would know what to do with.

There’s a real elegance to the overdrive in a lot of these tracks, and in songs like the aforementioned “Hunger,” the tasteful balance of intense distortion and vulnerable harmonies from the lead vocal submits some of the most tension-inducing moments Dark Matter has to offer. I love that this band isn’t afraid of its angling, whether that’s coming from guitar-worship or a post-Black Sabbath sense of melodicism that is fetching to put it quite mildly, and if they’re already this good at what they do without racking up any mainstream attention, one has to wonder just how on-point they’re going to be in a few short years. A lot of experience can be gained in that time, and they’re off to a tremendous start with the performances included here.

While they’re putting down a lot of premium audio in this LP, I get the impression that Sisteria is just getting started with their introduction to audiences everywhere in Dark Matter, and I cannot wait to hear where they’re going to take their sound in the future. They’ve got a much more focused demeanor than the vast majority of bands in their genre do, and rather than simply recycling the mushroom-influenced blues of Kyuss or mammoth guitars of Electric Wizard, they appear committed to bringing stoner rock into the future one beat at a time in songs like “Wade My Way” and “Winter Crow.” This feels like a very important release, and I’d recommend you hear it for yourself sooner than later.