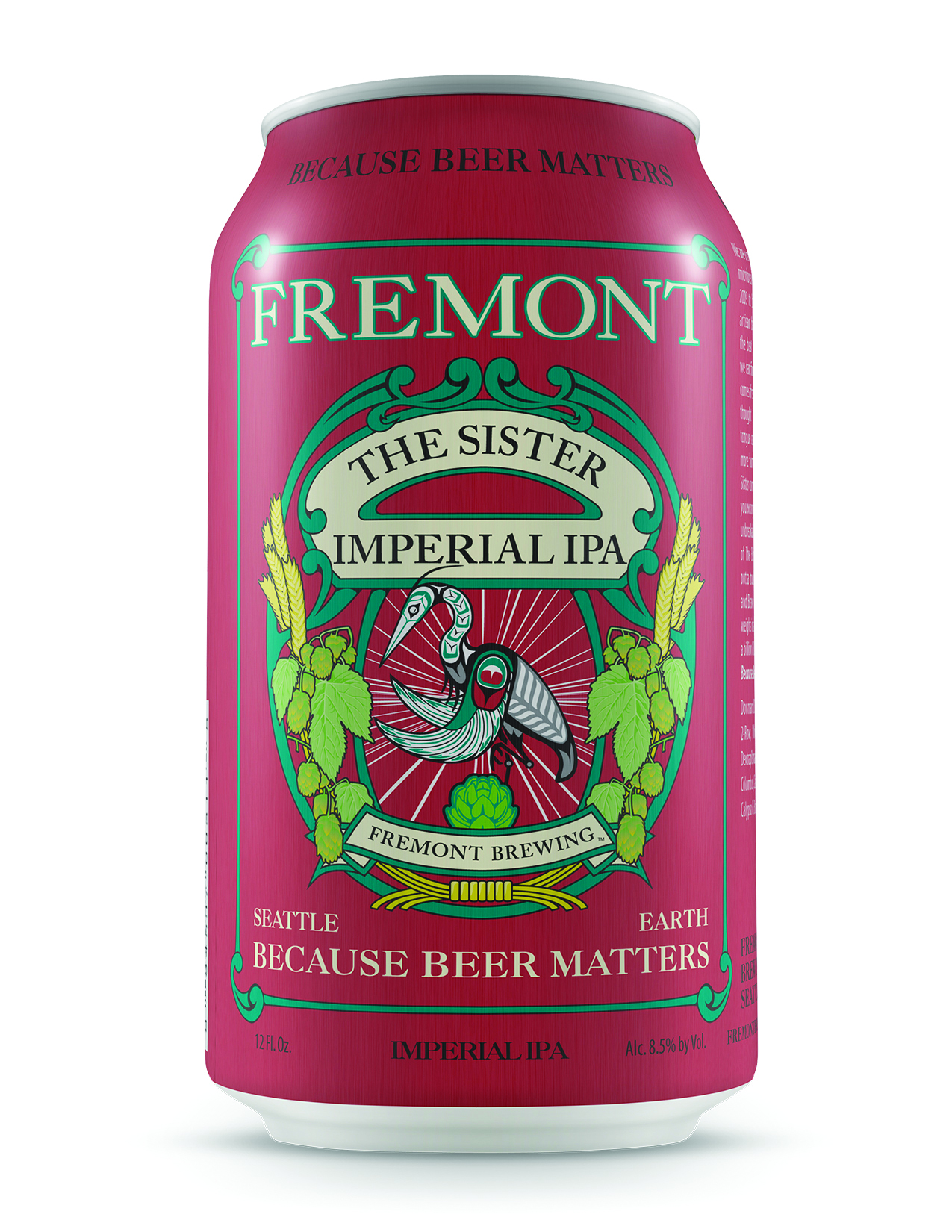 Fremont Brewing Company (Seattle, Washington) has crafted The Sister as one of their imperial efforts. This imperial IPA hides its heavy hop presence with a nose that links together apricot, tangerine, and starfruit into something wholly engrossing. Imbibers will be hit with a strong hop element with their initial sip; there is a bitterness that struggles with the aforementioned flavors to create something that is refreshing at an alcohol level (8.5%) to make this into an eminently drinkable effort.

The bite that one will experience at the beginning of each sip of The Sister quickly dissipates, ensuring that the palette is refreshed and ready for the next bold constellation of flavors. The presence of a considerable amount of malt in The Sister increases to a point at which it balances the hop side; this gradual shifting of the beer’s taste ensures that the brew is interesting from beginning to end. After the half-way mark, the beer changes again to yield sweeter, citrus-based elements. The constant here is that the beer will disappear quickly; one or two should be more than enough to make for a stellar night. The Sister is a great imperial IPA with a number of twists and turns; where a great many forays by other breweries are all hop and nothing else, this beer packs a bevy of tastes into one twelve-ounce experience.

The Sister is one of Fremont Brewing Company’s seasonal beer, and is available from April 1st to June 30th; for additional information about the brewery and the wide array of beers that they produce, visit FremontBrewing.com . Fremont is expanding all the time, and their beers can be purchased through Washington and Northern Idaho.