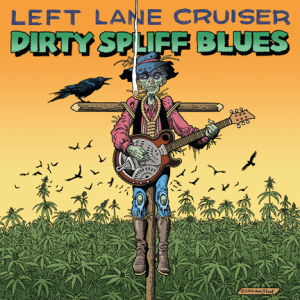 Left Lane Cruiser have just announced a tour that will begin in Columbus, Ohio on May 29th and extend through the United States through June, July, and the beginning of August. The band is touring in support of their new album “Dirty Spliff Blues”, which will be released 6/16/15 on Alive Naturalsound records.