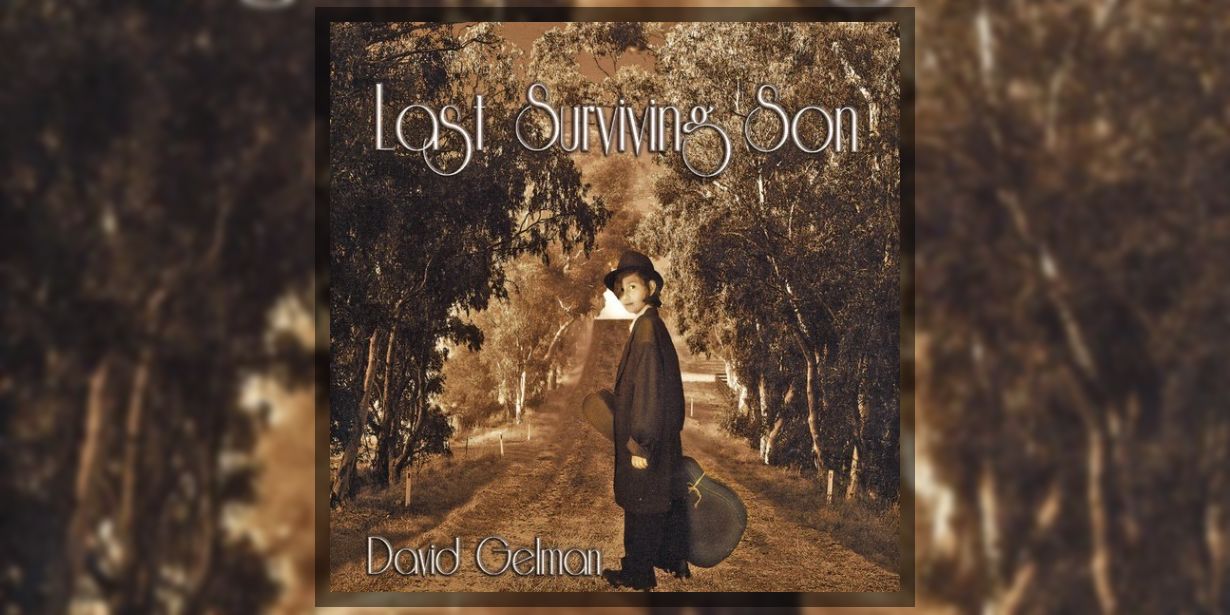 In a velvety-soft guitar melody, David Gelman paints us a vivid picture of undying romance in “My Vows to You (Wedding Song).” With the aid of a pristine piano’s melancholic yearn, he conjures just as evocative a harmony in “Presence of the Lord.” Exotic percussive swagger drives the lush lyrical center of “In the Sun,” and though it’s not quite the swarthy swing of “Feel Alright,” it’s perhaps even more sumptuous in instrumental prowess. If you don’t find yourself falling in love with the mystical folk-rock rhythm of “Wasting Away,” then it might be a good idea to get yourself checked out by a doctor, as this track and the dozen others that join it in Gelman’s brand new album Last Surviving Son are packing an emotional punch unlike any other record that I’ve had the pleasure of reviewing this May. This indie singer/songwriter is on his third official LP, but he exhibits a youthful candor and earnest sensibility in his lyrics that has more in common with the output of a wide-eyed rookie than it ever does that of a jaded veteran on the country circuit.

There’s a lot of attention to detail in Last Surviving Son, with songs like “Let It All Go,” “Lonely Tonight,” “Far Away” and the title track sounding particularly crisp and concise. The harmonies never sound artificial or plastic-faceted; in fact, quite the contrary. Gelman does everything that he can here to make the subtlest of intricacies in his work – from a meticulously designed percussive part in “Soft Surrender” to the minimalist groove in “The Roads We Didn’t Take” – as much of a focal point as his own vibrant vocals are, which is something that many of his contemporaries have failed to do in their most recent efforts. He’s grown so much since his debut album All Roads Lead Here, and I think that his adoption of a more traditional Americana sound has brought out some of the best qualities in his skillset. There’s still some ground left for him to cover, but make no mistake about it – David Gelman is hardly the same artist that he was back in 2011 (he’s quite superior now).

Those who enjoyed Gelman’s last LP Undertow are going to absolutely love what they discover in the thirteen songs that comprise Last Surviving Son, and listeners who were previously unaware of his talents but hunger for a fun strain of old fashioned Americana will probably share the same sentiment. He’s not trying to reinvent the wheel in tracks like “Set It Free” and “Feel Alright,” but there’s something to be said about the tribute that he pays to the classic American songbook here just the same. I’ve come to expect a lot out of this era in country music, and while David Gelman’s is only one of the many interesting stories to come out of the woodwork this spring, it’s definitely among the more inspired that I’ve personally come across as a music critic. He’s got a lot of potential as a performer, and he’s utilizing every one of his skills excellently in this record.