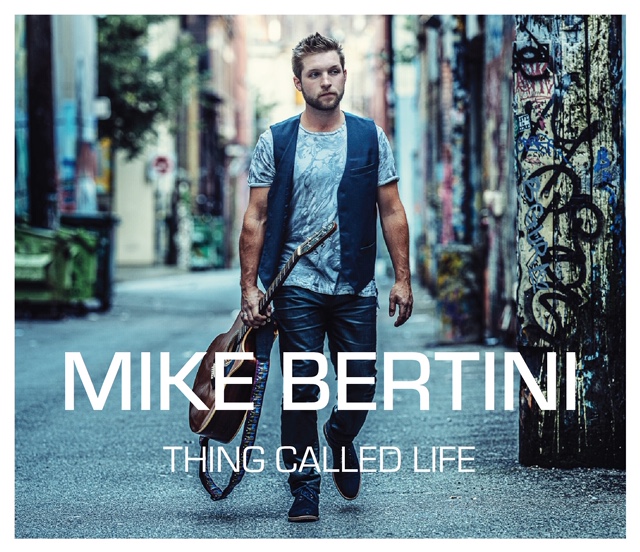 Joe, the first track on Mike Bertini’s new extended play Thing Called Life is a fun effort that calls back to the college rock of the middle 1990s. This means that there are hints of Keller Williams and Dave Matthews that can be discerned here; tremendously amount of soul and positive vibes issue forth here as Mike creates a thoughtful composition. There’s a bit of material here for those that want something interesting from the instrumental side of things too; the dynamic that the bass, guitar, and drums have here keep fans engaged through this release’s early reaches.

Find My Way is a fun college vibey sort of rock track+. This time around, there’s a hint of Semisonic, Third Eye Blind, and a whole hell of a lot of charisma exerted by Bertini. The sizzling guitar lines that are interspersed through Find My Way further hammers home how talented the instrumental side of things are during this release. Thing Called Life is funkier and more sultry. The passion here comes off the vox and the guitars in waves. There’s an emotional section that varies between both voice and instruments before Bertini moves back to the bubbly, infectious chorus.

World of Lies slows things up as Bertini moves more into a Losing My Religion-era R.E.M. sound. It’s a bold move at this point, but the gambit pays off – the album is given additional oomph at this point.

We previously covered Those Nights in September. This coda for Thing Called Life hits a number of the marks that Bertini addressed previously on this extended play with an eye for the different paths that he may ultimately take in the follow-up to this release. For samples of Bertini’s music and a full run down of Mike’s biography, give his domain a spin.