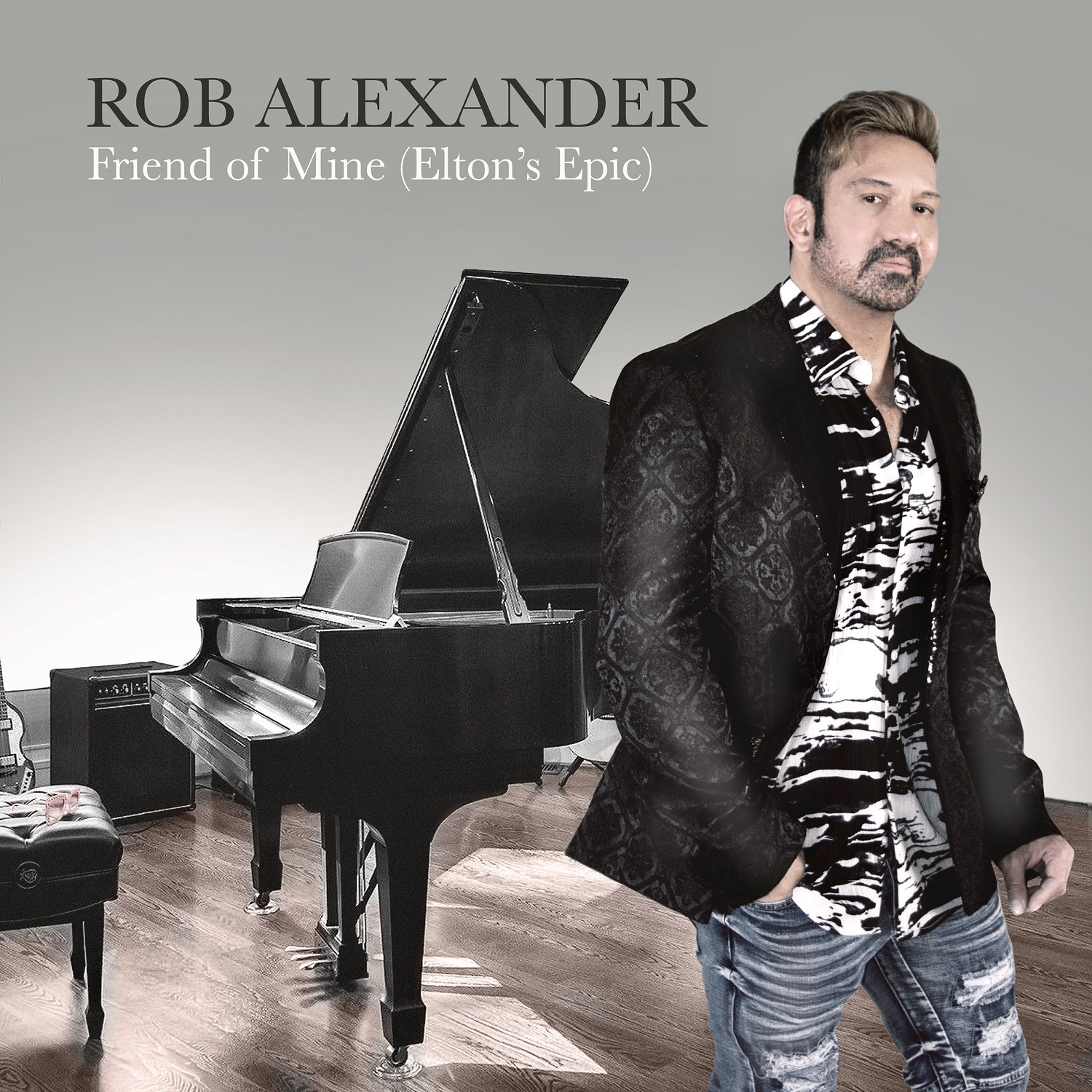 A gentle percussion and a gorgeous piano dance back and forth with one another as we listen in on the first few bars of Rob Alexander’s “Friend of Mine (Elton’s Epic),” and with the sway of every beat, we find a little bit more color within the growing melody before us. Alexander starts to sing, and even though his initial attack is as soft and decadent as the rhythm of the drums is, there’s a powerful presence to his words that we won’t soon escape in this five minute opus from 2019’s Being Myself LP (the second single from the album overall). In “Friend of Mine (Elton’s Epic),” this acclaimed south Florida singer/songwriter channels elements of retro pop/rock through an ultra-contemporary sonic lens, and though one could make the argument that he isn’t doing anything differently than he has in the past, I for one think this is what makes the track such an intriguing listen. For longtime supporters, Alexander is reaffirming everything we’ve already come to know and love about his sound here, and that’s something worth celebrating in this age of ever-changing artistic identities.

As has been the case with past releases, Alexander’s “Friend of Mine (Elton’s Epic)” is all about showcasing the epic vocal that he brings to the table, but the production doesn’t value his verses over any of the other elements in the track at all. There’s a lot of focus on the textures that the string parts add to the latter half of the song, and even though it might not be sporting the most boisterous bassline I’ve heard this January, there’s definitely enough of a kick to the bottom-end of the mix that we never feel like the backing band is failing to do their share of the heavy lifting. Rob Alexander is really good at arranging his music, and despite the high caliber intricacies that we’re hearing in play with this song, he never sounds particularly flustered or incapable of managing the complexities of the music. He’s come a long way since dropping his virgin LP, and from where I sit, it’s hard to see the momentum he’s got behind him slowing anytime soon.

If you haven’t heard Rob Alexander’s music before, now is the right time to get introduced to his sound. Being Myself marked a turning point of maturity, and among its most sterling tracks, “Friend of Mine (Elton’s Epic)” is probably one of the more complete and well-rounded from top to bottom. There’s still some room for improvement in Alexander’s work, but the same could be said for any artist in his peer group right now. He isn’t withholding from behind the microphone in “Friend of Mine (Elton’s Epic);” he’s giving us all of his heart and soul, establishing a style of storytelling that is becoming increasingly more distinguishable from that of his closest rivals, and if he’s able to continue his refinement of technique as he did in 2019 through the 2020s, I can see his brand making the crossover to the mainstream well before we reach the halfway point in the decade.

NeuFutur writers have checked out Alexander a number of times, including his Being Myself and Long Road Coming Home.