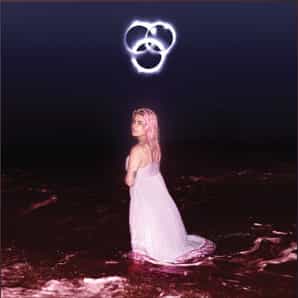 Preface is more than just an introduction to Luna Scar’s new album, The Relation Between Unrelated Concepts. It is a fully-formed track that will bury its melodies deep into listeners’ minds; the charisma that Luna Scar immediately brings to the release will garnet fans even at the onset of this disc.

Your Type slows things down and showcases the sheer vocal range that Luna Scar can reach. Little more is needed for this track than a piano and a set of vox, but the resulting effort is one of the most endearing efforts that is encountered on the album. The narrative is something that anyone that has felt shy or otherwise put out by society can understand.

Not Better Than Me is a dark, emotive effort that has an infectious backing beat. With haunting synths and sequences that punctuate this darkness, the track is able to tattoo home its titular statement deeply.

I Like Attention has an introduction that calls back to the 1980s / 1990s electronic style while Luna Scar moves into a braggadocios style (imagine Toxic-era Britney Spears). Permanent Poison is one of the strongest efforts on this album; the unity between the instrumental and vocal sides ensures that the track is absolutely epic in its overall sound.

Ego is a touching and emotionally intense effort that refreshes the electro-pop style of a Taylor Dayne or Stacey Q with a rich electronic backdrop, while Sexistencial Crisis does the same with performers as musically diverse as Martika and mid-1980s Madonna. The Relation Between Unrelated Concepts covers a wide range of styles and approaches, all while Luna Scar is able to make a cohesive entity out of the release.

Top Tracks: Not Better Than Me, I Like Attention