David Haerle “The Free Show” and “Run And Be Free” 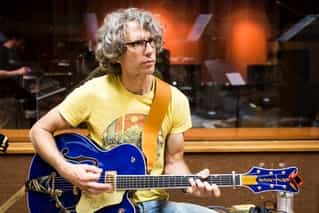 The Free Show has a fascinating vocal delivery. Dropping the instrumentation to a lower level, Haerle is able to draw fan’s attention to the lyrical content. Rather than leaving the guitars and drums out in the cold, the next section reverses the roles with a nice uptick to the track’s tempo.

We’ve covered Haerle’s previous singles Everything I Ever Wanted,  Tell Your Story,  Glendale,  Finding Natalie, Do You Know Surrender, and Women Make The World Go ‘Round previously.

David Haerle “The Free Show” and “Run And Be Free” / http://davidhaerle.com/ / https://www.facebook.com/davidhaerleedendale/ / Spotify /