“Christmas on Cellblock 9” by See Your Shadow Songwriting 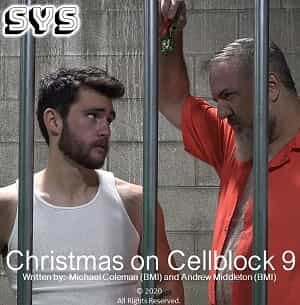 What are some of the images that first come to mind to mark the holidays? For some it’s Christmas time once you see Santa waving on that very last float at Macy’s Thanksgiving Day Parade. For others, it’s the 25 Days of Christmas on Hallmark Channel or one of the other cable networks. In my house, it’s not Christmas until the radio is playing “Step Into Christmas” from Elton John or “Simply Having A Wonderful Christmas Time” from Paul McCartney and Wings. Holiday songs are sewn into our memory just as clear as the gift we received from Santa that one year.

Much to my surprise, much to my chagrin, the new holiday song “Christmas on Cellblock 9” from See Your Shadow Songwriting is a one song that I found to be yet another holiday treat. The song’s country-rock base, venturing slightly into rockabilly will have you decking the concrete walls. The song even has some bells chiming in the background, perfect to create the mood. Michael Coleman, the songwriter behind See Your Shadow, concocts quite the Christmas story in this one. The singer (not Coleman, by the way) is walking home on Christmas Eve and is arrested. He’s the wrong guy, but only he knows it at the time. He can’t afford the bail money, and on his one phone call he gets voicemail. He spends Christmas in jail. He even sings that his Christmas card is a mug shot. The chorus will definitely make you laugh and listen jack frost is nipping but not at my nose, telling bubba no means no, under the mistletoe, the holiday spent doing time, Christmas on cell block 9. His Christmas miracle, in the end, is an apology.

Coleman’s use of a different singer is an interesting choice. I couldn’t tell one bit that the singer wasn’t fully committed to the words and that he really, in his own way, lived the story. Coleman, who is originally from Columbus, Ohio, is now based in Phoenix, Arizona. Most of his career he’s been in the dance music or TV and film soundtrack work, and “Christmas on Cellblock 9” is his first holiday song. The track isn’t his first country song. He’s been building up his country arsenal for some time now and has two number one hits on the South African Country iTunes Chart to prove it (“I Will Tell Jesus You Said Hello” and “My Worth”).

“Christmas on Cellblock 9” is a wonderfully fun distraction. If there is a message to take from such a silly song, it’s that we should be grateful for the freedoms and roof over our heads during the holidays. We shouldn’t take for granted the love and friendship we have within our communities. A bit sappy on my part, but the holiday’s will do that to you. We all need a little love, light and joy in our lives. Laughter, oh, do we also need some laughter. “Christmas on Cellblock 9” has a lot of laughs, but it also has a lot of heart.