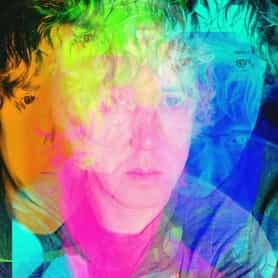 Where have you been hiding Yachtclub101? In the new sizzling self-titled, 10-track album Oakland’s Yachtclub101 imbue the listener with a sense of awe, a feeling of ecstasy and a listening experience unmatched. The Bay Area has a long underground tradition and Yachtclub101 dares the listener to thrust the music to the masses. At times full of zest and other times more of an emotional anchor, Yachtclub101 manages to escape completely unscathed from even the most cynic of cynics.

Focusing on friendships, lovers, isolation and what I’m assuming is the bank (foreclosure), Yachtclub101 (the stage name of Scott) whisks the listener into an oblivion of heavy beats, some guitar riffs and mounds of synthesizer. At times Scott’s voice strikes me as being level on the horizon, he’s not pointing too far north or south on the nautical instrumentation. When he gets more flustered and excited (“No New Friends” or “Mr. Money Bags”) he sounds wound up in a different way. I kept going back to those songs and preferring his voice, for some odd reason. He’s great in all of the songs, but as the sonic journey floated along, so did my penchant for wanting to hear him get a little more giddy or edgy. He has this strange modesty and aloofness aura to his voice that made me hungry for more.

One other observation is that the tone of the synthesizer grows as each track dominoes. He always incorporates the electronica, but towards the last half of the album, it’s more potent. In track two, “Nothing They Say” the percussion is separated, almost like chop sticks on an off pattern. Still present and palpable, but not too crazy. The flood gates have opened and he’s allowing more synth into the sonic pool by the sixth song. I get the direction Scott made, and a listener, it really shaped the overall storyline for me. In “You Pick The Spot” he conjures up the 80s tones before hopping into the very modern sounding “Shake, Shake, Shake”. This track felt very nightclub, very get on the dance floor and shake off the day’s grime and let go feeling to me. I wanted to live within the pink, blue and green neon walls this song was emitting. I’m not sure that I’m comfortable declaring a signature song from this record, but if I had to, I would say “Shake, Shake, Shake” or the sultry “Give It To Me” would be tied for that crown. The pulsating and the synth frenzy arising from these tunes is pure alchemy.

Yachtclub101 is a top tier indie artist. In my opinion, it’s not going to be long before Scott and his bag of beats will be atop the Billboard charts. I’m rest assured that he will maintain a prolific career – after all his press materials note that he’s planning three albums in three years. He’s cool enough that even the hipsters will admit to knowing him and he’s mainstream enough that terrestrial radio should take a spin or two.