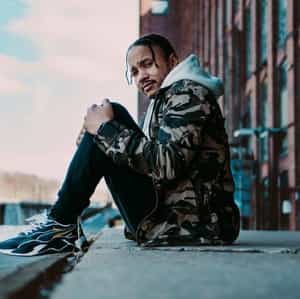 Vianchi has returned with his follow up single, to the ever so slightly morbid, “Die [Alone].” “Overdose” is a stylish and sensual dedication to being so lovesick that we indulge to the point of excess. Too much of a good thing can be reductive, and Vianchi is walking a fine line on “Overdose.” It’s said that love can be a drug, and the character in Vianchi’s, “Overdose” is chasing the dragon, so to speak. It’s certainly a far cry from his slightly more sociopathic outlook on “Die [Alone].”

Vianchi is very much a work in progress, but that’s not to say that his efforts to this point, have been lacking. In fact, he has set the bar quite high for himself. While that could suggest detriment, Vianchi is still in line for that Career altering moment. The beauty is that either of his two recent offerings could provide that moment. Musically speaking, Vianchi is now two for two, and that is an undeniable batting average.

On “Overdose,” Vianchi embraces his R&B roots, and makes it pop. He shows more dynamics in his vocal performance and his timing. It’s hard to call this a dance track, but it’s also hard not to. The song will make you want to move, but there is still a slightly subdued energy. Vianchi is careful to let the lyric, breathe, even though he isn’t necessarily waxing poetic.

You’re the one/who set my world a blaze/you took away the pain/now I’ll never be the same. What Vianchi may lack in lyrical prowess,  he makes up for in delivery. He isn’t void of conviction, at all, but he has what is better described as an innocent sincerity. He’s complex, but not exactly a bad boy. In fact, it’s his heart that gives his music a wider appeal.

Vianchi produced “Overdose,” himself, and as a result he deserves every bit of the credit. He shows extraordinary foresight and attention to detail, as the track sounds more than radio ready. By administering the perfect musical backdrop, he puts his vocal in the spotlight, because that’s exactly where it should be. His falsetto is something that many singers would sell their soul for, and he uses it in ideal quantities. His voice is the one thing you remember from the song, and that is certainly, no accident.

Vianchi is an artist that you should be listening to. His work has a massively diverse appeal, because it is extremely well written and produced, as well as borrowing from a range of influences. You can even hear a bit of Tame Impala on “Overdose,” as well as the more obvious influences such as Stevie Wonder and The Weeknd. He isn’t saying a lot with his lyrics, just yet, aside from the overall theme and message of the piece. When he finds himself probing the depths of his psyche a little deeper, is when things will really start to get interesting. Vianchi has all the potential in the world, lest he be careful not to overdose on meager potential.