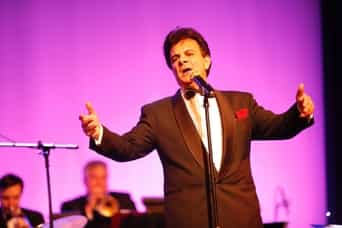 Doug Ferony revives an old classic with his new cover of “I’ve Grown Accustomed To Her Face.” First performed in the 1956 musical My Fair Lady, the song details the inner thoughts of a man falling in love with a woman he didn’t originally like very much. Ferony’s beautiful voice glides through the tune, backed by impeccable performances from his bandmates. The song transports you to a different time and place, when singers crooned jazz and swing standards to vast crowds of well-dressed people. Ferony has essentially created a musical time machine, but he doesn’t sacrifice his own authenticity. Regardless of the call back to a different era, his voice is still wholly his own.

Ferony has cited Frank Sinatra, Dean Martin, and Tony Bennett as big influences on his style and musical career path. He has kept the art of the crooner alive and well, performing in New York City throughout the 90’s and continuing to perform now. You can tell he has the utmost respect for this type of music, and has done justice to the full extent of his ability. He was lucky enough (and practiced enough) to have the right type of voice for the music he loves so dearly. “I’ve Grown Accustomed To Her Face” has had many covers and renditions through the years, but Ferony is able to make it sound both current and historic. It doesn’t lose any of its old glamour and meaning, but it benefits from modern recording.

With “I’ve Grown Accustomed To Her Face,” Ferony helps us remember why these swing standards got so big and popular. They’re dramatic but smooth, and the singers are always able to make you believe that they’re really feeling what they’re saying with the lyrics. To be great in this vein of music, you have to be a bit of an actor. It’s not just enough to sound really good, you have to dig up all the feelings that go with the song. And the singer has to be in sync with his band, which Ferony accomplishes effortlessly. He dips and swells with the music, every new verse sounding even better than the last.

This kind of sound feels like a lost art or a language many people can no longer speak. It feels like Doug Ferony’s love and appreciation of it is just as important as his talent for it. There are so many different kinds of music now, and many artists are trying to come up with a sound that’s never been heard before. Ferony and his band are able to take music that has kind of faded into the background and inject some freshness into it. “I’ve Grown Accustomed To Her Face,” and many other songs Ferony has covered, may circle back into relevancy due to our love for nostalgia. There’s been small revivals of sound from the 90s and the 80’s and the 60s…why not go back even further? Perhaps the age of the crooners is coming back into style.