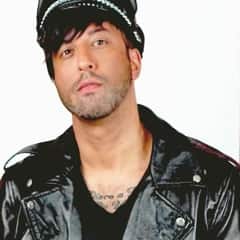 “Call Me” is one of Blondie’s biggest hits and most people can recognize it in an instant. MR.Slade, a relatively new musician to the scene, attempted a cover and executed something awesome. His single version of “Call Me” has all the grit and power of the original, but with an updated sound. It’s a little electronic, a little hard rock, and a whole lot of interesting. You can hear all of MR.Slade’s 80s and 90s influence, but he’s mashed it together to create a unique sound. It feels like it’s from the past, but doesn’t sound like anything from the past. He keeps that sweet guitar riff in, but also makes it sound more like something that would be played in a 90s goth club.

Originally from Ontario, Canada, MR.Slade is hoping to reach all different audiences and share his music. I’m not sure if he’s going to stick to cool covers, but it’s a great way to appeal to a lot of age groups and types of people. “Call Me” is the kind of song everyone knows, so when they hear it, it pulls at their memories. And his new take on the song will appeal to younger audiences who may not be in tune with 80s hard rock hits. Great covers like this are an amazing way to create a bridge between generations and get everyone dancing along to the same song for a moment.

Aside from the interesting new backing music for “Call Me,” what also makes MR.Slade’s version work is the vocals. While he doesn’t sound like Debbie Harry at all, he keeps all the energy she had. The way he sings the verses makes me think of 90s Grunge/Alternative a little bit which is fun and keeps the song edgy. It can be super risky to update a beloved old hit. People get extremely attached to the original sound and will guard it fiercely. But I don’t think many people could get mad at MR.Slade for this cover. He does Blondie justice and pays them respect while staying true to himself and his vision and making the song sound like his.

MR.Slade is just getting started, and it’ll be interesting to see where he goes from here. He has a distinct and unique sound that I believe fits in well with today’s music. Everyone is always looking for something fresh and new, and he gives us that while also paying homage to the past. Not just anyone could cover “Call Me” and actually do a great job. But I guarantee you’ll want to put this song on again after the first listen. He really tapped into what made the song catchy while changing up the sound. There are probably other covers of “Call Me,” but I don’t know if they’re as good or as compelling. I truly hope that MR.Slade continues to make music and keeps developing this sound. He has something cool going on here that I think the world would love to listen to, and deserves more of.