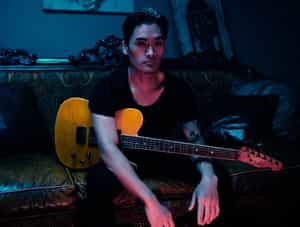 There’s a heck of a big difference between the emo of the mid-2000s and the emo of present day, and from my perspective, the new wave has a lot more going for it than the previous gen of pop-punkers did. Case in point, the brilliant new single “Used Me (all along)” from Darro – though slamming us with the same poetic reach that we heard some fifteen years ago from the biggest rock bands in the world, the instrumental half of this track is more of a juggernaut than Fall Out Boy or My Chemical Romance could have ever produced.

The bass and the guitar parts in this song are more or less at war with each other, but their battling doesn’t spill into the vocal track and ruin the cohesiveness of the mix for a second. There’s such a defined place for every instrumental component in this song that never is there a moment in which listeners aren’t able to determine where a specific sound, tone, or texture is coming from. It’s crisp and cutting where it needs to be, which isn’t something that comes standard in new pop-punk at all. Give modern rock radio a listen and you’ll hear what I’m talking about.

Darro’s use of a cascading drum pattern rather than a pummeling, traditional beat adds some atmospheric qualities to the big picture in this track, but he was careful to avoid overindulging in any of the aesthetical features found in this track and its music video. He doesn’t need anything too thrashy coming against his lyrical output, and by treating the arrangement like it’s more fragile than it really is, we’re always gravitating towards the sublime quality of his verses rather than the collective muscularity of the backing band by itself.

I’ve been listening to alternative rock my whole life, and I can say now that Darro is the kind of solo player that you need to hear for yourself if you’re as big a fan of the indie beat as I am. He smashes it in “Used Me (all along),” but his self-control is just as remarkable as his willingness to try something fresh and new is. There’s no question as to whether or not we’re going to be seeing more from his camp as time rolls forward; it’s just a matter of when he drops his breakthrough LP as opposed to it being “if.”