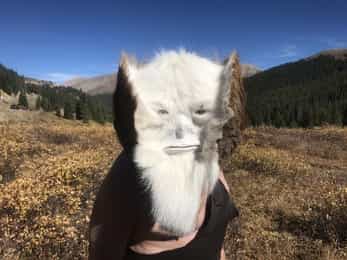 There’s so much division in America right now that it’s easy to forget that we’re one nation rather than a collection of countries trying to fit inside of one cultural narrative, and I have a feeling this was what the aptly-named Staunch Moderates were thinking about when they made the new single/video combo “Bill Maher.” While the music video for this track is definitely one of the most eccentric and experimental I’ve seen all December long, there’s something rather simplistic about the song itself that attracted me to a second listening session with the track. Staunch Moderates are oddballs, but they offer a very curious release here.

Lofi vibes fill the backdrop all too surreally in “Bill Maher,” lending a druginess to the grander scheme of things that wouldn’t have been present through the lyricism alone. Truth be told, I don’t know that this single would have worked with a more indulgent melodic setting, but were they to try and remix the track a different way, I would be curious to hear how flexible an arrangement this really is. I enjoy hearing different takes on a single song, and it’s evident these guys have the articulation and creativity to make it happen.

There’s nothing gruff in this mix; in fact, I think this is probably the most streamlined look that Staunch Moderates could have gone for considering the left-field stylization of the music we’re listening to here. Without being punchy, they deliver something truly DIY and free of the silly conventionalities we’ve all heard one hundred and one times in the hip-hop genre over the course of the last fifteen years alone, and given their lack of competition in this subset category of the genre, I think they’re entitled to some considerable year-end accolades when all is said and done.

Unsophisticated but also unweighted by the fluff and filler that too many rappers fill their “best” work with, Staunch Moderates definitely get a point across in “Bill Maher” that you’re not likely to misunderstand if you listen to the song or watch its inventive – and occasionally somewhat creepy – music video. Every eccentricity in this release is deliberate and intentional, and if viewed through the lens of classic alternative rock, I think it’s rather difficult to argue with both the credibility and the quality of what Staunch Moderates are producing in this single. It’s a little different, but sometimes the most sensible soundtracks are.