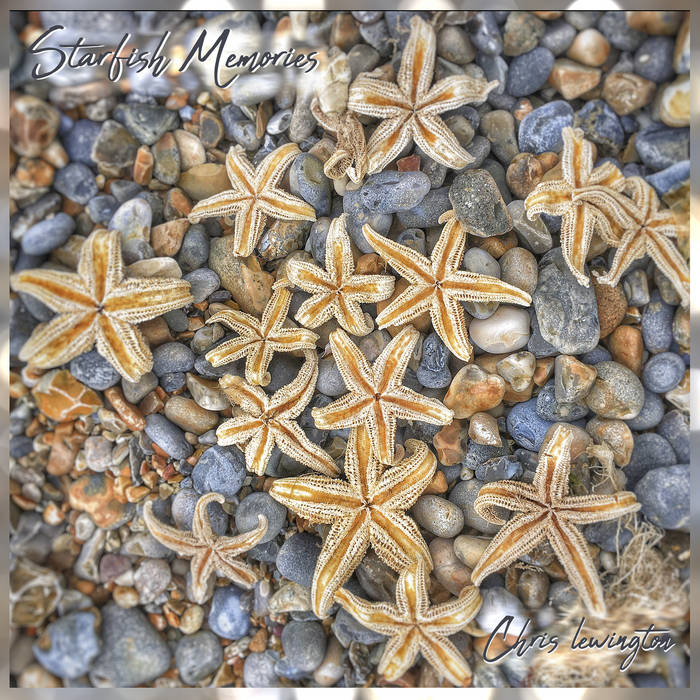 Starfish Memories is the new release by the UK’s Chris Lewington (The Bicycle Thieves and The Silence), which can be streamed on Lewington’s Bandcamp. This extended play begins with The Bridge At Midnight, a 5:54 track which reaches through countless styles and approaches. There’s a good amount of 1960s rock, whether it the more experimentasl fare of The Beatles or something a bit more psych-tinged. The vocals that rise up during this introductory track are something to behold. They will resound long after The Bridge At Midnight concludes. The nearest thing that I can liken this song to has to be a voluminous text – each second here has so many distinct sounds and styles that are utilized. No matter how eclectic Lewington gets during these first six or so minutes, there’s a unity to all of these elements that ensures that the resulting sound crafts itself into one seriously hooky rock track.

Blue Skies, Fields of Gold ends up being about two minutes shorter than The Bridge At Midnight, but don’t let this (slightly) shorter run time fool you. Over the course of four minutes, Lewington is able to bring fans on a journey of love and hope. The vocals that one will encounter here take hints of inspiration from Roy Orbison just as the rich keys build upon the tradition of early Genesis. The effortless ability of Lewington to bring in so many different styles and approaches during each of the songs on Starfish Memories catapults him into the upper echelon of performers we’ve checked out for the magazine so far this year. Further evidence to show this has to be Lewington’s ability to go forth and turn on a dime. Moving from faster to slower and back to something a bit more upbeat over the course of just a few seconds is not something that any musician, no matter how much experience they have, would be able to pull off.

Radio Radio (2:22) is one of those rare efforts that are able to complete everything that it needs to do in a short time frame. THis is likely due to the beautiful guitar work that begins the track, something that is rapidly complimented through a set of vocals that are absolutely timeless in their execution. This is a song that succeeds today just as easily as it could have back in the mid 1980s or late 1960s. It’s truly a testiment to Lewington’s ability here that the songs are able to encapsulate the whole corpus of rock music in two short music. The only thing that belies the fact that this is a new track are the names of various social media services that are dropped by Chris in Radio Radio’s first half.

It’s Going To Be Okay is the concluding track on Starfish Memories, a touching track that shines due to Chris’s earnest vocals and the absolutely touching keys that represent the song’s only instrumentation. Even with these singular sides to the song, fans will assuredly be locked firmly to the edges of their seats. Keeping things simple as things wind to a close, Lewington has made Starfish Memories into a must-listen. As the song continues to play, the brief sections where the keys are played with just a bit more intensity provide some shading.

With this additional depth, It’s Going To Be Okay has to be our choice to be the best track on Lewington’s new release. While this is not a weakness by any stretch of the imagination, we just wish that there were more songs on this release. The songs have enough complexity to keep the replay value high no matter how many times that one puts the release on, but just imagine how impressive the upcoming full-length album (which will be released in the next few months) would have to be based on these few data points.

Give the four songs a few plays and let us know what you think. Are there any sort of influences that are presented during Starfish Memories that we did not pick up on during our time with the music?

Top Tracks: The Bridge At Midnight, Blue Skies, Fields of Gold, It’s Going To Be Okay