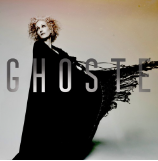 Jenny Bruce is the mastermind behind Ghoste, who has just released a new extended play (and self-titled) album. The Ghoste EP begins with Slow Motion, an effort which showcases a dreamy pop approach. The dynamic that is established here stands boldly out among the masses of performers currently occupying spots on radio and playlists. The track does well to provide listeners with some sort of information about Ghoste as she is able to move into Deep Water.

Deep Water has a one-two approach where both the vox and the arrangements combine to make for something cohesive and compelling. The deft ways in which Ghoste is able to gradually increase the tempo is unmatched, as by the time tha tthe track hits the one-minute mark, one will be eagerlyu anticipating the track’s drop. The song is timeless in its approach, tying together hints of artists as diverse as Sade and Crystal aters all while the resulting music speaks volumes to modern music. While the song may exceed the four minute mark, the song will come and go in the quickest of ways. This is a composition that will have one firmly on the edges of their seats until the final notes conclude.

Fix You is the gateway between the first and second half of the Ghoste EP. There’s a haunting beauty that issues forth from the first strains of the single, while Ghoste’s vocals bring in just a hint of Tori Amos and Bjork. The heartbeat-esque beat that runs through Fix You imbues this middle track with a vitality that is hard to deny. With just a bit of twinkling electronic gauze wrapping the bottom of the song, Ghoste has made something truly special here. The rising and falling action that is commonplace during this track ensures that no two seconds of Fix You will be the same as one another. This is a smart way to keep the momentum of the release high as one moves into the fourth track, Hold On.

Hold On dips its toe into different approaches and styles with plinking keys and a biit of distortion acting as the pillars upon which Jenny’s voice can rest. The booming drums and hint of new age style acts as an homage to the effort of performers like Enya and Enigma. Brick by Brick is a hopeful sort of composition. While the tendency for many artists is to place “lesser” songs towards the later registers of their release, Ghoste has saved the best of last. This is something that could easily be heard on dance radio just as it could be picked up on adult contemporary playlists. The instrumentation pushes Jenny’s vocals to a higher pleateau. When the song is able to stretch its arms, there’s nowhere betgter to be here. The lyrics sang during Brick by Brick’s chorus will tattoo themselves deep into the minds and hearts of listeners, as indelibly as they are delicate. With these five efforts acting as distinct chapters, anyone’s that fortunately enough to stick with the EP will possess a nuanced knowledge about Ghoste. Subsequent plays will showcase other twists and turns that Jenny has incorporated into each song. While the tracks themselves cans be enjoyed purely on the surface level, there’s a depth to all five songsd that will be tremendously rewarding for anyone that straps on a favorite pair of their headphones and really digs in their heels.

The production of the collected tracks on the Ghoste EP are of sufficient quality to ensure that the vocals are able to shine boildly and brightly over the instrumentation, all while the multiple layers that the distinct bits and bobs generate here keep the replay value high. We’ll be playing the extended play throughout the end of the fall here at NeuFutur. Take a listen and do let us know what you think about this release. We’re excited to hear more from Ghoste in the months and years to come.

Top Tracks: Slow Motion, Fix You and Brick by Brick