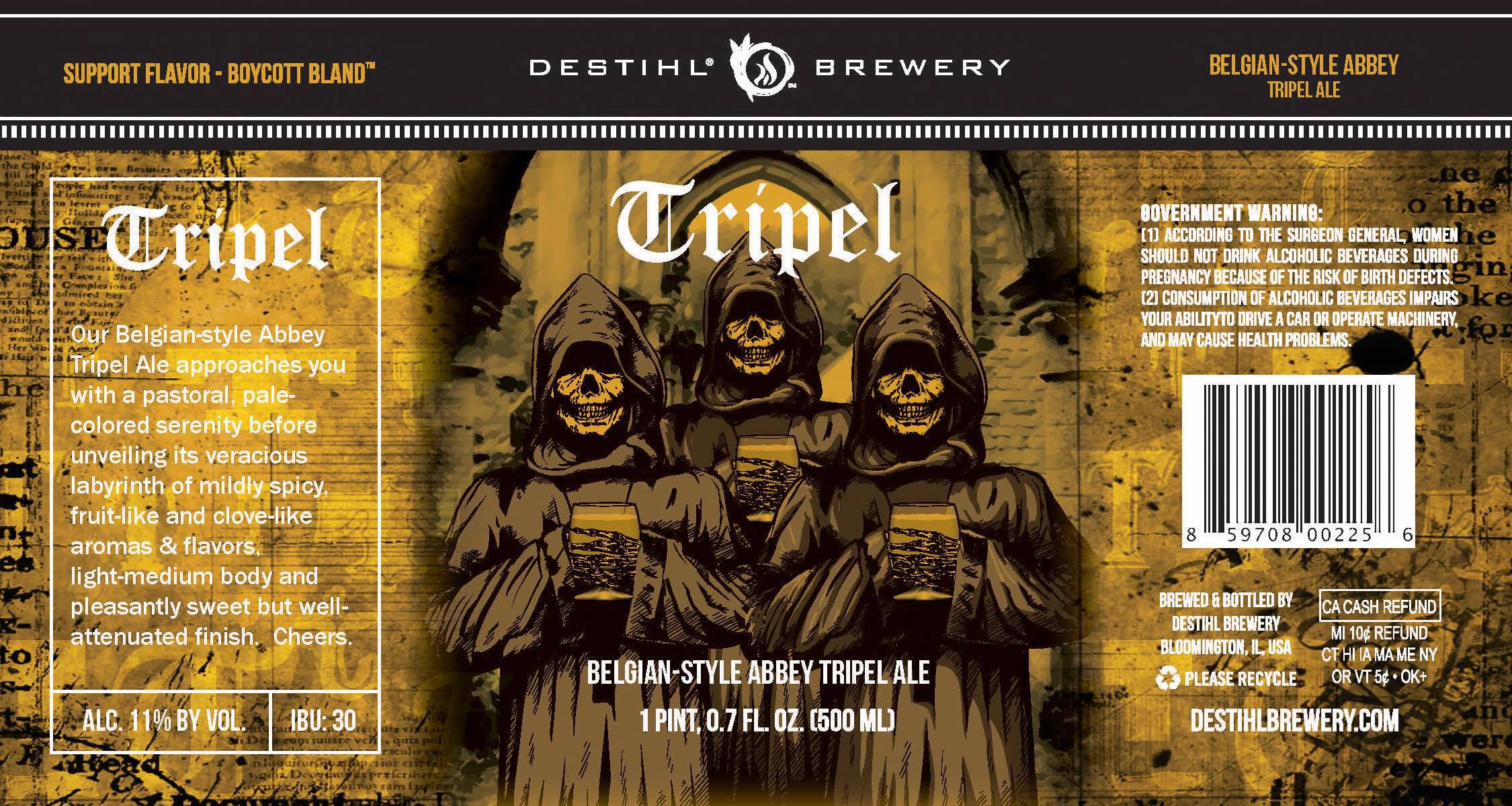 Over the course of the last few years, we’ve had the chance to review a number of Destihl’s offering. However, I believe that Destihl has outdone themselves with their Tripel, a 11% effort that is able to go down easy while possessing considerable depth to the flavors that one will experience within each 500 mL bottle. There are hints of Belgian yeast dryness, sweetness, and bits of citrus fruit flavors (orange, pineapple) that can all be discerned from the onset.

Destihl’s Tripel has just enough in the way of bitterness (30 IBU) to create a more varied experience; the distinct set of twists and turns that one will experience each time they crack a bottle means that one will be just as interested in the final few sips of the Tripel as they were when they initially cracked the bottle. Bits of banana and clove peek through at points, while a spiciness / crispness to the beer makes Destihl’s Tripel something that would be perfectly paired with fish, chicken, or cuisine that is strongly-flavored. A further grass / hay note staves off syrupy and sweet notes.

After a good few months of trying out different tripels, I think we finally have something that we would eagerly pick up again. Destihl has stayed faithful to the style while adding their own unique flair to the brew.

For greater information about the full year-round and seasonal lineup of Destihl offerings, visit their website. Additional information about limited-time beers and other events are available at their social media websites. We have reviewed a number of Destihl efforts in the past, including Vertex IPA, Dubbel and Abbey’s Single, as well as three efforts from their Wild Sour Series, the Lynnbrook Raspberry Sour Ale,  Here Gose Nothin’ and  Counter Clockweisse in NeuFutur.