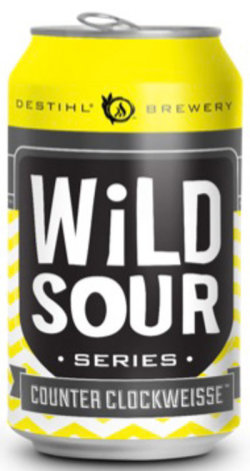 Destihl Brewery (Bloomington, IL) has crafted another beer for their Wild Sour Series, a Berliner Weisse that they have dubbed Counter Clockweisse. This sour effort possesses a nose that is equal amounts tart and wheat and pours with a hazy light-brown coloration and nothing in the way of head. The delicate blend of sour and sweet makes for a refreshing experience, one that would pair perfectly with fish, chicken, and cheese. 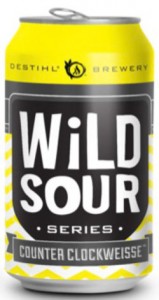 The beer has a number of citrus (orange, tangerine, and lemon) elements and an effervescence that is similar to champagnes and sparkling wines. Grape and raisin notes come and go at points during Counter Clockweisse, with the resulting constellations of twists and turns transforming the Berliner Weisse style into something exciting. To put it simply, Destihl’s Counter Clockweisse is a ray of light in a style that has been plagued by efforts that are slightly stinky without much in the way of additional taste.

Counter Clockweisse is a perfect beer to allow imbibers to cross over from hefeweizens and lagers into an entire world of sours. This Berliner Weisse has considerable depth and will continually surprises one as they continue to work on a can. This Wild Sour beer holds up admirably as it warms, giving enough in the way of variety to ensure that one will want to continue drinking Counter Clockweisse after they have finished a can (or three).