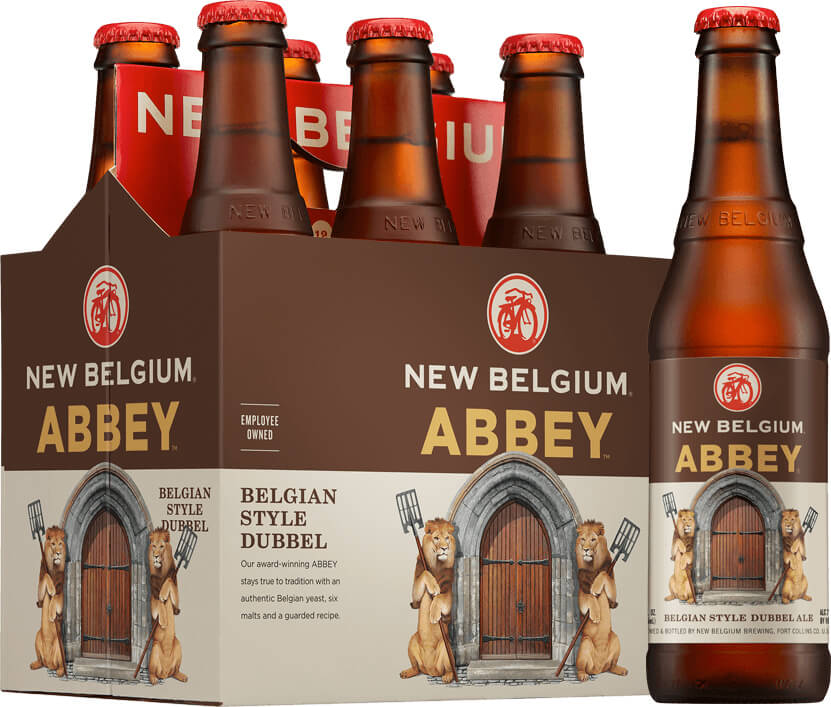 Along with the brewery’s Trippel, Colorado’s New Belgium has also revisited their Abbey, a Belgian-style dubbel. The beer pours with a mahogany brown and a large amount of off-white to beige head. The beer has hints of Belgian yeast and a decent amount of cinnamon and nutmeg. The alcohol content of this Dubbel is perfectly hidden, making for a malty beer that is perfect for the increasingly cold winter months. There is a smaller amount of bitterness that is present in Abbey, which gives the effort further complexity.

By moving away from some of the outright prune and dark fruit elements that dominant during many a dubbel, New Belgium is able to create something that will appease fans of a wide variety of styles. This means that those which appreciate Belgian strong ales, red ales, old ales, and even bocks will find a thread in New Belgium’s Abbey to appreciate. The beer would work perfectly matched with burgers, casual fare, and fried foods; the slightly thicker than normal mouthfeel of Abbey would be perfect to wash down a meal. The alcohol content of Abbey is high enough to give this beer considerable backbone, meaning that one will be greeted by the same array of factors no matter where they are at in a bottle.

New Belgium’s take on the Dubbel style is available year-round from the brewery. For additional information about the entirety of New Belgian’s offerings, visit their domain; the website provides a wealth of facts concerning calorie content, IBU level, and even the specific hops and malts used in the creation of their beers. We have covered other New Belgium brews in the past, including the brewery’s Trippel,  Gruit ,Rewind IPA , Pear Ginger  and Rolle Bolle .