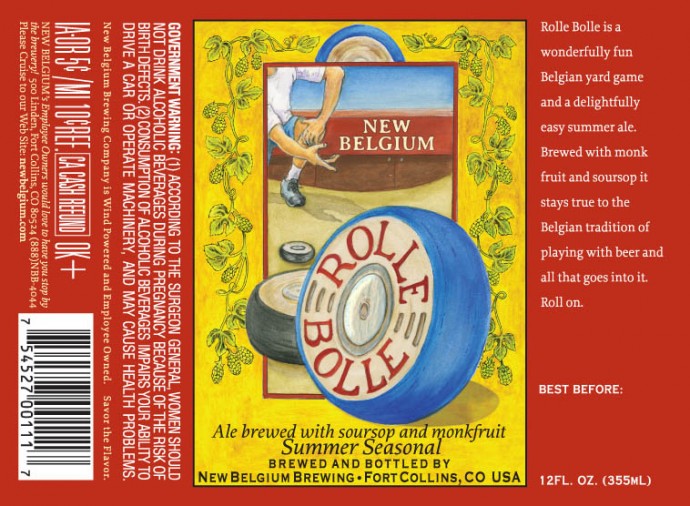 Rolle Bolle is New Belgium’s spring seasonal, and it pours with a very pale yellow. The beer does possess a very small amount of a white head that sticks around a considerable amount of time. We’ve been bottle-aging this release since its release last year, and are pleased to report that the beer has settled I nicely. The beer has a considerable sweet portion on the initial sip, but it gradually opens up to malt and slight hop elements. Subsequent sips keep the warmth of the initial experience and introduces a slight hop element to the mix. The beer stays very lively from beginning to end due to the aforementioned effervescence. This ensures that imbibers will have a robust effort from beginning to end and are provided a consistent experience no matter where they are at in their beer.

The New Belgium website has a ton of information about the brewery’s wide amount of efforts, information about their sustainability efforts, and a constantly-updated list of events in which the brewery will take part. Keep an eye out for Rolle Bolle later in the year, and check out their current limited-time efforts – La Folie, Transatlantique Kriek, and the latest effort in the Hop Kitchen line, RyePA.