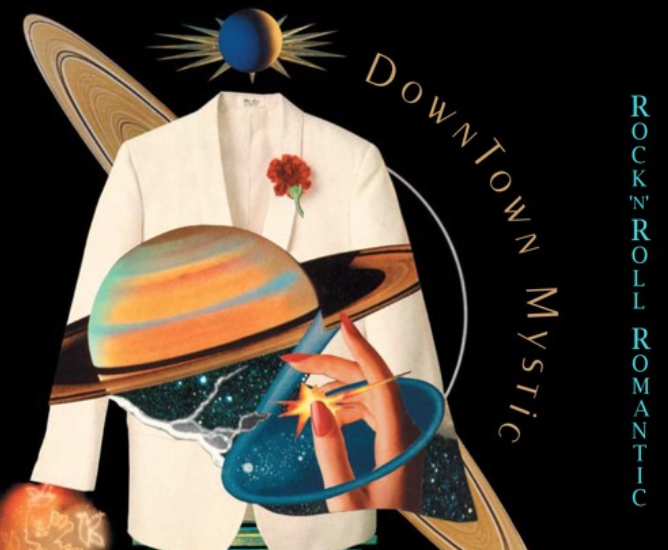 DownTown Mystic released their latest release Rock’n’Roll Romantic in late July of 2016. The album begins with Dead End Space, a mid-tempo rock track that builds off of the framework of Warren Zevon while incorporating hints of the Black Crowes, The Eagles, and Foo Fighters. A sizzling guitar line ensures that listeners will eagerly anticipate the rest of the album. Turn Around and Go has a bluesier, more bayou-ified sound that blends together R.E.M. with a bit of Neil Young and Dire Straits. The production of Rock’n’Roll Romantic is fantastic, ensuring that each guitar line, splashy drum hit, and lyric is able to shine alone as well as contribute to a greater whole.

Gongs of Karma is a great divider between the initial section of Rock’n’Roll Romantic and a mid-album that starts swimmingly. Brian Jones adds a harmonica into the mix while showcasing a narrative that is unmatched in current music. Fans will need to play the single numerous times to properly enjoy the instrumental and vocal sides of things. There are so many distinct things that are occurring at any one second of Brian Jones, but everything ends up sounding cohesive, coherent, and vibrant as all get out.

Think A Little Louder links together the Goo Goo Dolls with a powerful vocal/guitar dynamic that will tattoo its melodies deep in listeners’ minds long after the CD ceases to spin. Think It Over is the final track on Rock’n’Roll Romantic; the same amount of energy that began the album sparks in the disc’s final seconds. An assertive instrumentation and a chorus that is inspired by the halcyon days of late seventies / early eighties power-pop acts makes for another amazing effort.