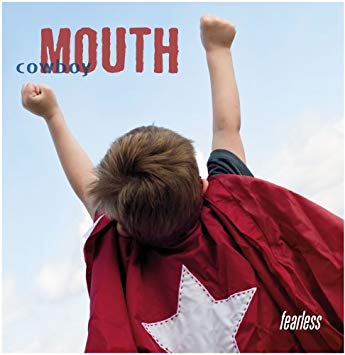 Eighteen years and still going for some unexplainable reason. New Orleans party band Cowboy Mouth have managed to take a handful of trite party songs, a strong word-of-mouth live show and shape a pretty decent career as second rate Jimmy Buffetts. On Fearless, their ninth full length, the band continues to confound. Filled with 12 mostly novelty songs about everything from big girls (Belly) to Kelly Ripa (Kelly Ripa), the record is notable only for its cynical appeal to the lowest common denominator.

Admittedly, I’ve never seen the band live, but I’m assuming that consuming massive amounts of booze likely help makes the songs go in easier. I can tell you that straight sober, there is very little appeal to the dozen songs that make up Fearless. To call the lyrics goofy may be a bit of a compliment (apparently rhyming is the only real artistic requirement here) and Fred LeBlanc’s delivery sounds like he’s channeling the front man for the Crash Test Dummies. There are one or two attempts at serious fare, like Outside Looking In and the song LeBlanc wrote about his mother being in the hospital after a stroke (Maureen) that just confuse the situation more (it has about all the appeal of hearing Weird Al trying to do a sincere cover of U2’s Pride). Nearly two decades in the making, the band clearly knows what they’re doing, so pass the bottle and let’s toast to the appeal of mediocrity!