Mexican Standoff pours with a very dark color, Spicy, chocolaty, and with a nice coffee flavor. The Mexican Standoff is an eye-opening and warmth-generating effort, a great introduction to Due South Brewing Company. This Florida-based brewery has just released Mexican Standoff, an epic porter that will caress imbibers while bludgeoning them mercilessly.

Mexican Standoff’s warmth is due to the presence of Scotch Bonnet peppers. The outward heat situates this beer nicely between smokier imperial porters and the tear-your-soul out Ghost Pepper efforts. The beer is tremendously eclectic, providing imbibers with countless twists and turns. This means that the creaminess of the porter can pop out with one sip, while the pure heat of the pepper side may rear its head soon after. As the beer gets warmer, the spice side mellows out somewhat and allows the cinnamon and sugar notes of the porter to show themselves. A 22 ounce bottle of the Mexican Standoff will make for a great night or a tremendous opening to a session for two or three individuals.

Due South’s website provides information about the brewery’s offerings and the company’s taproom, and presents an up to date beer list for the latter. If you ever find yourself in the South Florida area, make this sojourn – Due South has hit it out of the part with this challenging brew. This is a perfect end to an already strong 2013 for microbrews. 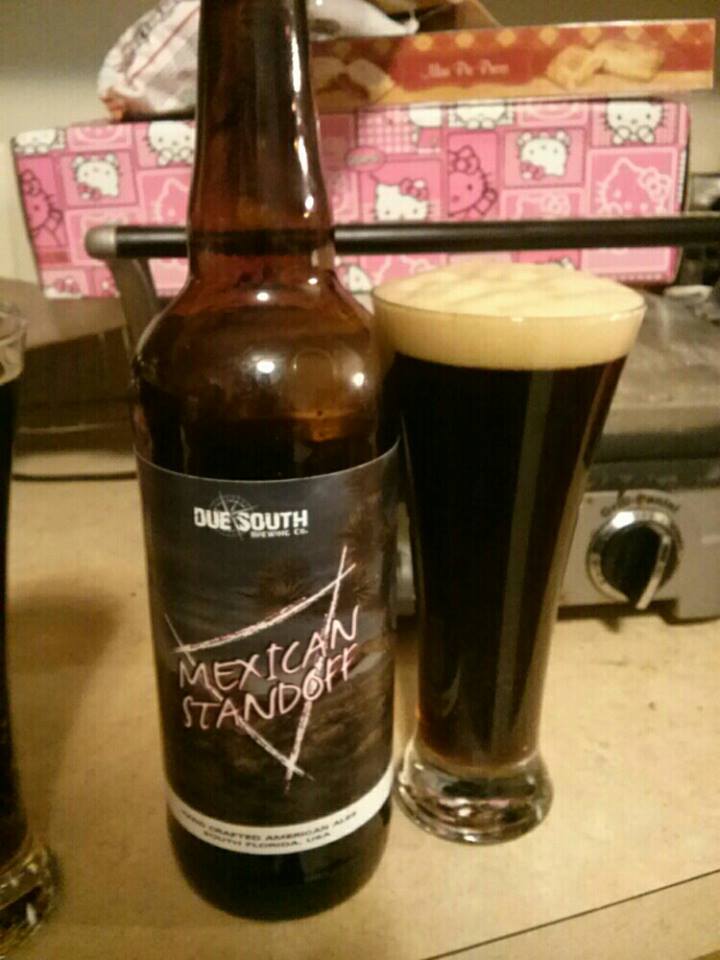