This is the first WWE game that has been created for the next generation of consoles (Xbox One, Playstation 4) and it represents a considerable evolution from previous contributions to this franchise. This means that the overall renders of each of the superstars and divas are as realistic as models for stars like John Cena and Triple H are nearly as sharp as you would see them on shows like Raw and SmackDown. The matches have the same fluidity and strategy that is utilized at pay-per-view level matches. The storyline is something that I would like to see on WWE television or the WWE network. For those players that have cut their teeth on previous WWE games the create a superstar option allows for considerable variation in terms of costuming, move sets, entrances and overall character demeanor. 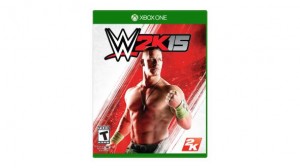 WWE 2K15 possesses a wide array of different characters from the past, present, and future (Sami Zayn, Adrian Neville) of the WWE. The game is also available for the previous generation of consoles and would be the perfect present for anyone that is a fan of the WWE or of wrestling and action titles. For the current generation of consoles one will spend about 50 to 60 dollars on your own copy of the video game. A Hulkamania edition is priced at a slightly higher level ($99.99) and possesses a few additions – classic Hulk Hogan and the “Hollywood” reskin of the character. Purchase the game today see the online elements in all of their glory and keep an ear firmly planted to the ground about downloadable content for the new debuts that will occur on WWE programming through the end of 2014 and the beginning of 2015. 2K Games’ take on the marvel that is professional wrestling is a welcome change of pace from the wrestling titles that we have covered in the past. The replay value of WWE 2k15 is considerable; the WWE Universe section of WWE 2K15 allows for a dynasty to be created, individual matches can have their difficulty levels raised to a considerable degree, and the online component ensures that players will be at the top of their game. Here is to hoping that WWE and 2k games will be able to continue to release impressive efforts with subsequent additions to the WWE 2K franchise.