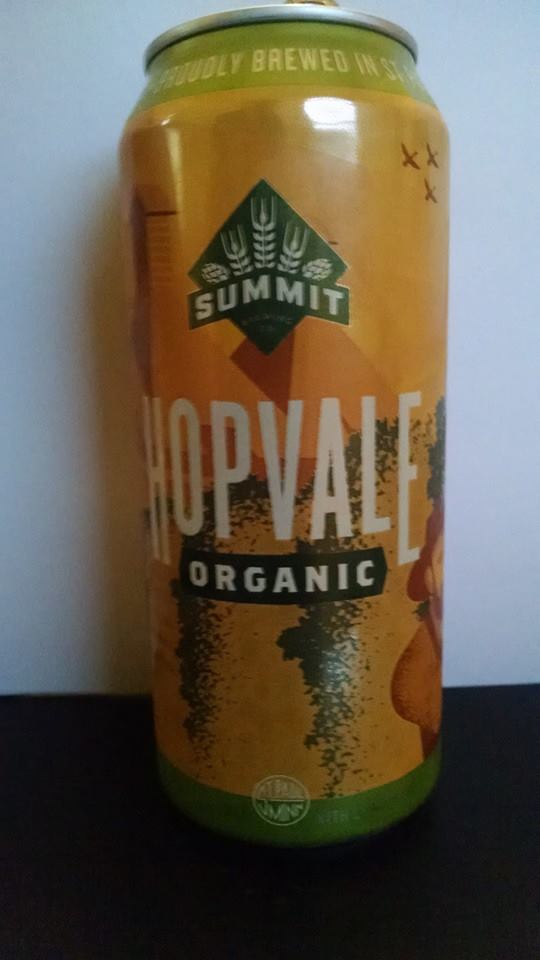 Very fresh and lightly hoppy nose, pours with a hazy orange/golden coloration and a thick off-white to beige head. Additional hop notes can be discerned when pouring from the 16 ounce can to a glass. The lacing of Hopvale winds its way down a glass, sticking there long after one has completed the beer.

The beer’s initial profile ties together grain, malt, and smaller grassy and hoppy elements. Hopvale finishes with a touch of bitterness; there is a crispness that is present here that makes this into a great beer for rapidly-warming nights. The sessionable quality of Hopvale is separate from many current session efforts currently on the market, as it seems like a number of other brewing are able to water down their successful offerings, slapping a session label and a new title on the resulting brew. As Hopvale continues to warm, one can discern sweeter and more fruit-heavy elements; the presence of the organic lemon peel is much more active after five to ten minutes of pouring than it was at the onset. This considerably increases the “session” side of things; one could easily polish off a four-pack (64 ounces) and have a nice warmth without feeling as if they have been wading through the motions for a half-gallon. Hopvale is a perfect introduction to hoppier beers, and represents something that individuals new to the IPA style as well as old hands can appreciate equally.  The organic aspect (Summit has utilized organic hops, malts, and lemon peel) of Hopvale should be a major selling point to anyone that is concerned about where the constituent elements of their beer come.

Make sure to visit Summit Brewing’s website for additional information about Hopvale and their variety of year-round and seasonal beers.