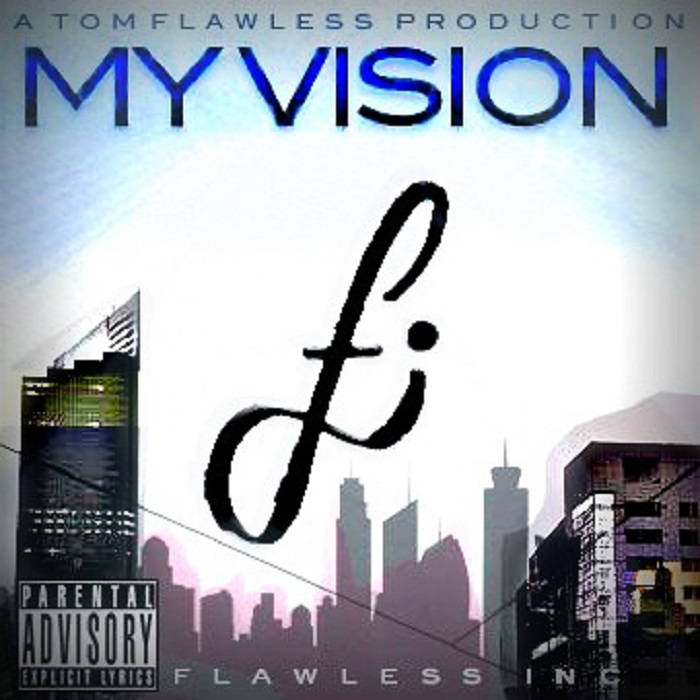 We had a moment to speak to Flawless Inc.. Your debut mixtape is My Vision. In a few seconds, what about your music separates Flawless Inc. from the rest of the hip-hop artists performing?

We have a very matured sound as compared to a lot of 18 year old artists, we’re not really figuring out a whole lot more really otherthan where we want to take our music. We truly feel part of that younger generation of independent groups. Shout out to the Stand4rd! I’d say it’s definitely different for each one of us. For me (Gozie Ukaga) definitely King Los, Earl Sweatshirt, Kendrick Lamar, Drake, Kanye West, Eminem… I could really go on forever I have a lot of respect for the game. Kynect likes Tory Lanez and we all like J. Cole. Trip likes The Weeknd, Spooky Black & our producer Thomas “O.D.B.A” Nielsen is a big Superstar O & Sledgren fan. But we’re definitely not limited to Hip-hop music whatsoever some of the Jazz vinyls that Thomas has been sampling lately are insane.

We have two set-ups: one at Kynect & Trip’s house and one at O.D.B.A’s house. We record solely at Kynect house and use Thomas’ as more of a means to produce the instrumentals or Mix things down. As far as creative process and everything goes we kind of differ each time. Sometimes it’s that clear inspiration or a situation that you want to create. Other times we just make a beat start freestyling and record as we go. Always fun nonetheless!

How have you evolved since your first tracks?

Definitely. Anybody can go look from “Rookie A’ Tha Year” all the way to “Woodbury” & be able to tell their is a lot of improvement.

How can interested readers find out more about Flawless Inc. and where would you point them to hear your music?

I’d say Twitter & Facebook in that order but they are both extremely useful just as any social media site because you can interact with industry professionals miles upon miles away from you with as simple as a phone or computer.

What are the next steps for Flawless Inc.?

We’re actually working on a song called Live On & also an accompanying music video for Alex’s Hope Foundation. You should be able to find it on iTunes & YouTube late this summer. We are also working on Kynect’s solo debut & a couple songs here and there but the main focus is definitely the charity video. Hopefully we make Soundset 2016 as well!

Thank you so much for your time. Do you have any final statements/thought for those reading NeuFutur?

Thank you NeuFutur for doing our first interview ever, and everbody look out for that Live On song & video coming out later this summer! Be Perfect, & support something powerful!