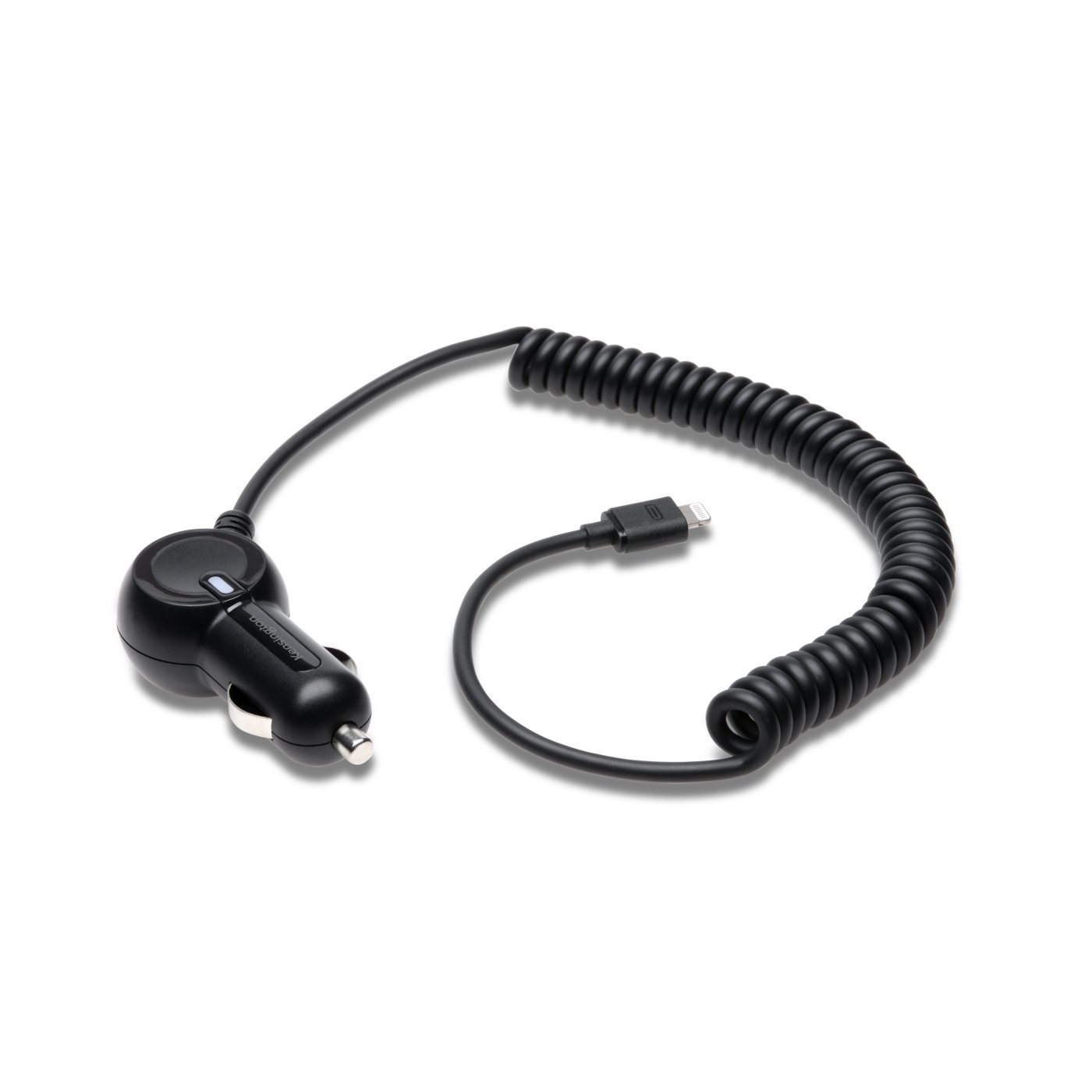 Car chargers typically are a crapshoot whether one will find high functionality or junk. We are pleased to report that the Kensington PowerBolt 2.1 Fast Charge for the iPhone, iPad, and Nano is one of the best chargers that we have ever received. The charger provides battery at a considerable rate as it feeds 2.1A into a range of Apple devices. The hard-wired connection of the device to the cable means that the device will stay useful just as long as one has a lighter charger in their vehicle. The coiled cable that the PowerBolt 2.1 has decreases the amount of tension that the charger and the device will have, decreasing the possibility of damage to the charger port. A rugged rubber increases the durability of the PowerBolt 2.1 charger, meaning that it can kick around the normal operation of a vehicle without receiving anything more than cosmetic damage. As the device is little more than two male plugs and the charging device, individuals of all ages will have no problem getting their device charged from 0 to full. We typically experienced a charge from 0 to half-power within 15 minutes and times of less than 30-40 minutes for a full charge on iPhones; a time of about 15-20 minutes will be what is needed to properly revive an iPad from dead to functional.

For more information about the PowerBolt 2.1 Fast Charge and the wide array of other Kensington devices, take a look at the company’s domain. The company’s social media profiles provide additional information about new products and their real-world applicability. For anyone with an Apple device, the Kensington PowerBolt 2.1 Fast Charge is a must purchase. Priced at $24.99 from a number of online retailers, the charger ensures that one need never run an iPhone or iPad battery fully dead again.