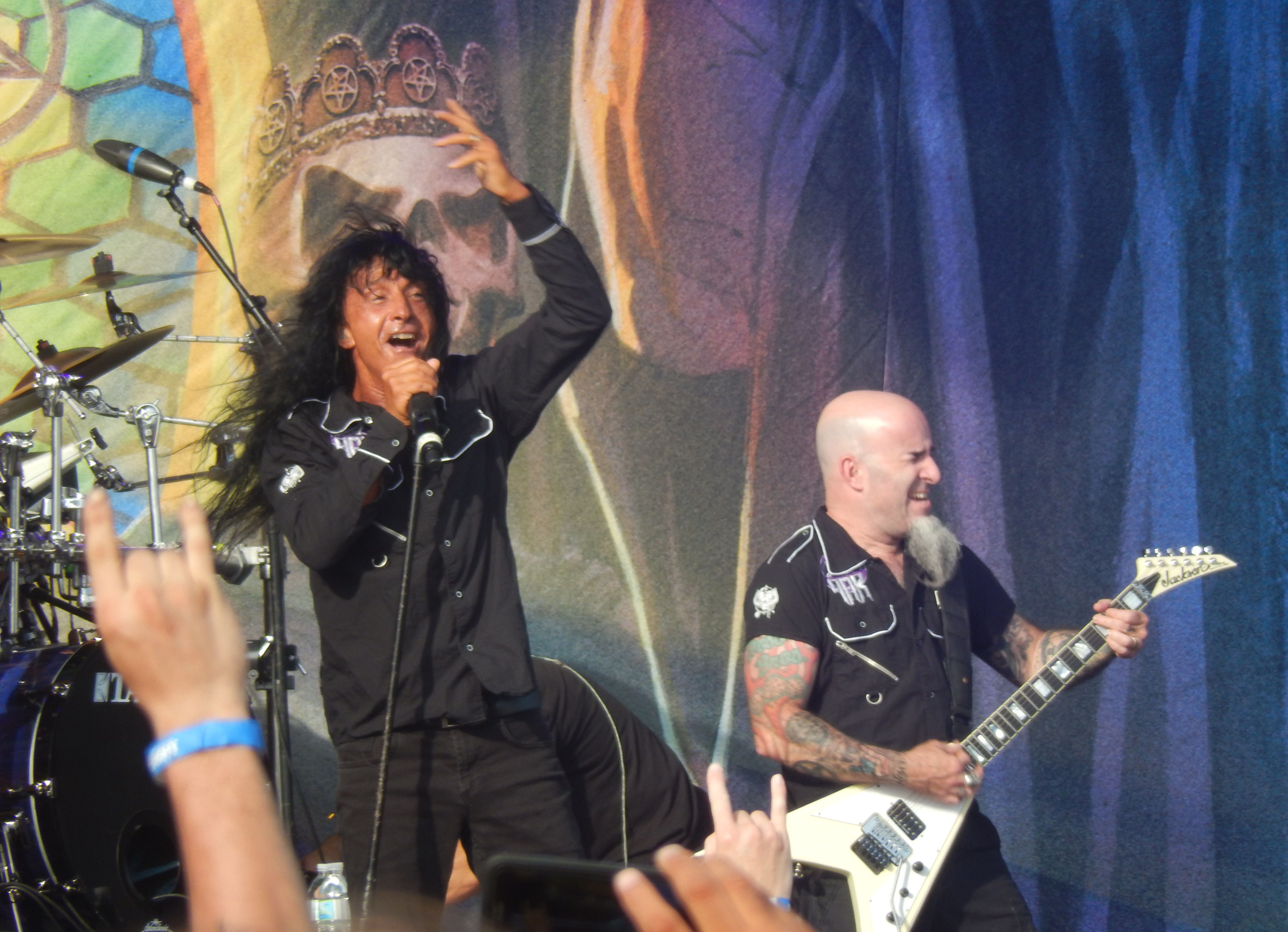 I was rather elated when the Fort Rock lineup was released for the fact that the majority of the bands I wanted to see were all playing on the same day given that this year’s event had been expanded to a two day festival. Tickets were soon acquired, travel and timing plans were made after the set times were released as this event was a little over two hours away from where I lived. The schedule was set so that there would not be more than a ten minute wait between bands and the five bands I wanted to see were playing one after another. In an all-day event like this each band is usually only allotted just under an hour to play, which I am fine with because then there is usually no filler of chat in between songs or drum and/or guitar solos, just five hours of straight up face melting metal from a few of my favorite bands. All of the bands on my radar had recently released new CDs, so given their shortened set times I knew we were in for a mix of a couple of new tunes as well as the fan favorites from each band.

First up was Sevendust. This is a band that has withstood the test of time, with all original members going back to 1994. This was my fourth time seeing them and these guys simply just rock. They have their own distinct sound of crushingly catchy heavy metal and they have always been a crowd favorite from their shows I have attended. Fans of this band are really into them with a cult like following. They had great crowd interaction, played full of passion and intensity letting their music speak for itself. You could see they had a good time, feeding off of the energy of the crowd as they jammed. The last song of their set we were treated to Joey Belladonna, the lead singer of Anthrax, coming out and joining in on vocals, aptly dressed in a Sevendust shirt. Their set was spectacular, a great start to the concert day and as expected a couple of their new songs mixed in with plenty of their more popular tunes. Next up was Ghost. This was my third time seeing them, and second time in two days as they had played at another music festival I attended the day before in Tampa. A relatively new band from Sweden, they are more toward the darker side of the metal family tree, with both the band and their fans referring to their performances as ‘Rituals’. Without their instruments in hand it is hard to tell the members of the band apart as they wear nearly identical black cardinal robes and face concealing masks, with the lead singer in a more distinguished outfit portraying a ‘demonic anti-Pope’. They have a very theatrical presence on stage and I consider them to be more melodic metal than they are generally classified as straight up heavy metal. Their shows are more to be seen and enjoyed in a dark venue than in this daytime setting, as it does not add to the creepy, demonic setting being portrayed. Their music is still growing on me and their set was highly entertaining not only watching and listening to the band but also taking in the crowd’s reaction to the spectacle unfolding on stage. Next came one of my all-time favorite bands, the mighty Lamb of God. These guys simply freaking kick your ass with how aggressive their music is and today’s set was no different. If there would have been a roof at this venue Lamb of God would have blown it off for sure their set was that incredible! This was my fourth time seeing them and they are simply one of my favorite bands with their music and their energy live on stage. They came out and crushed their set with the ferocity and bone crushingly heavy metal that we Lamb of God fans know and love. As always, singer Randy Blythe was a wild man up there, hardly ever standing still as he prowls around the stage in and around the other guys in the band growling in a way that he describes as “…screaming rhythmically like some sort of terribly wounded, very angry mountain ape…” It was apparent there were many hardcore Lamb of God fans in attendance as I saw many people wearing their shirts and their set literally turned the front section of the crowd into one giant mosh pit. I enjoyed their time on stage immensely, and they were one of the main reasons for attending. I got myself a shiny new Lamb of God shirt from the experience. Anthrax was up next, one of the ‘Big Four’ of the thrash metal world. This was my ninth time seeing them and to me they are a band that never disappoints in their live shows. Their iconic music and the crowd’s love of their tunes fueled the energy both on stage and of those head banging in the crowd. Their set was greatly appreciated by the crowd’s reaction to new and classic songs and each member is quite the showman interacting with the crowd with their animated stage presence. Each of the band members certainly have their own distinctive personality, and it shows in their performance. They are another band with their own sound in the metal realm and they show no signs of slowing down as I thought they sounded as good as I have ever heard them play, very tight and definitely full of old school thrash. Fantastic set they played, a great mix of classic and new songs, this band just keeps getting better as the years go by. Megadeth rounded out the day for us. This was my sixth time seeing them and they are another of the legendary ‘Big Four’ thrash metal bands (the other two being Slayer and Metallica). This band is simply awesome to see live. Their music, and lead singer Dave Mustaine, is mostly either loved or loathed in the metal community. Their new CD featured Lamb of God’s drummer, Chris Adler, on the drums and since both bands were on the same bill today he sat in for the set. Also recently joining the band was guitarist Kiko Loureiro and man can he shred, as any question of how well this new lineup would interact and sound together live was quickly answered. Their set was fantastic with Dave up there shredding like only he can. As expected we got two new songs and every one of the rest of the songs they played was a classic crunchy hit. Again it was evident in the crowd of the following the band has, and the familiarity with their music (along with all of the bands I saw today). It was certainly a fun day and adventure. Events with this large of a crowd are a gold mine for people watching and I also enjoy checking out all of the different band shirts that you see on people in attendance. I certainly thought this year’s event was better organized and ran more on time versus the one other year I had gone. Having the stages side by side instead of on opposite ends of the field certainly made it easier to get to your chosen spot in this mass of a crowd and as I mentioned earlier, there was never more than a couple minute wait in between the bands. Also a thumbs up to the sound guys, I thought all of the bands sounded great for being outdoors in a huge open field. It was well worth the four plus hours of overall drive time and certainly a memorable experience. I hope the metal gods bestow another lineup of some good metal for next year’s event. \m/