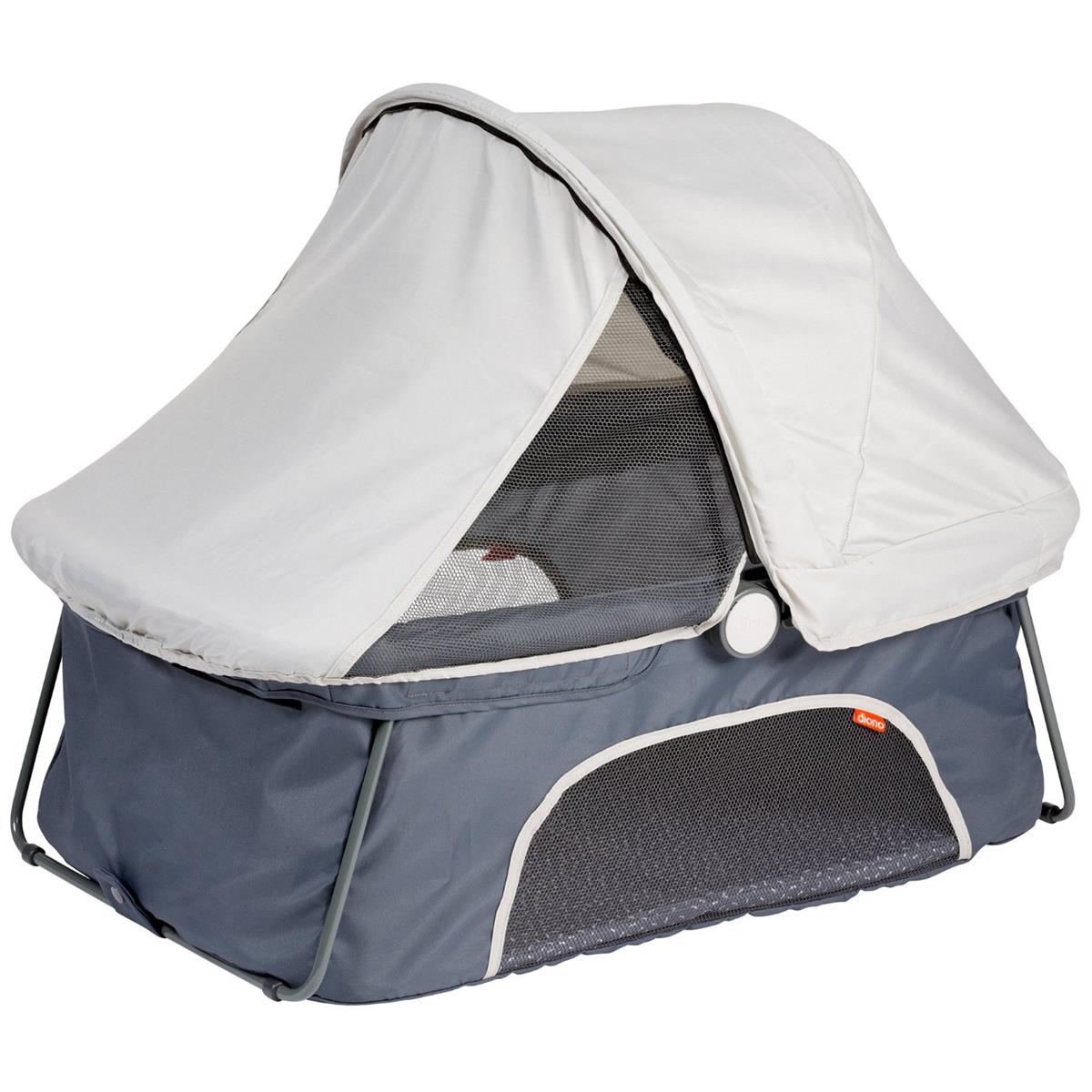 A major cause for concern for parents that are out on the road is that their child will be intimated by their new surroundings. We were at the Glidden House Hotel in Cleveland, Ohio a few weeks ago and got little in the way of rest because our daughter did not feel comfortable and cozy enough to fall asleep. To combat this feeling of loneliness, Diono offers their Dreamliner Travel Bassinet.

There are a number of smart design decisions that Diono has include in their Dreamliner Travel Bassinet. The material wipes off easily to ensure a clean and hygienic surface for a baby to play on, while the thick pad makes for a surface that is comfortable no matter where one places the bassinet. There are so few in the way of steps that are needed to prepare the Dreamliner Travel Bassinet, primary of which surround the placing of the top netting.

We strongly recommend the Dreamliner Travel Bassinet for any parent that wishes to provide a comforting environment for their child. It works perfectly as a way to ensure that children that are crawling remain safe, while the netting makes nights out under the stars possible during these summer months. The small footprint of the bassinet is one of its strongest features. When strollers and playards take up a large amount of space in a car’s trunk, parents will be pleased at how flat the Diono travel bassinet can fold; one could even sit it on their floorboards.

The Dreamliner Travel Bassinet is available from Diono, online retailers, and a number of brick and mortar stores for around $75. For more information about the full line-up of Diono’s products, visit their website and social media profiles.

The bassinet comes in grey and teal colors.