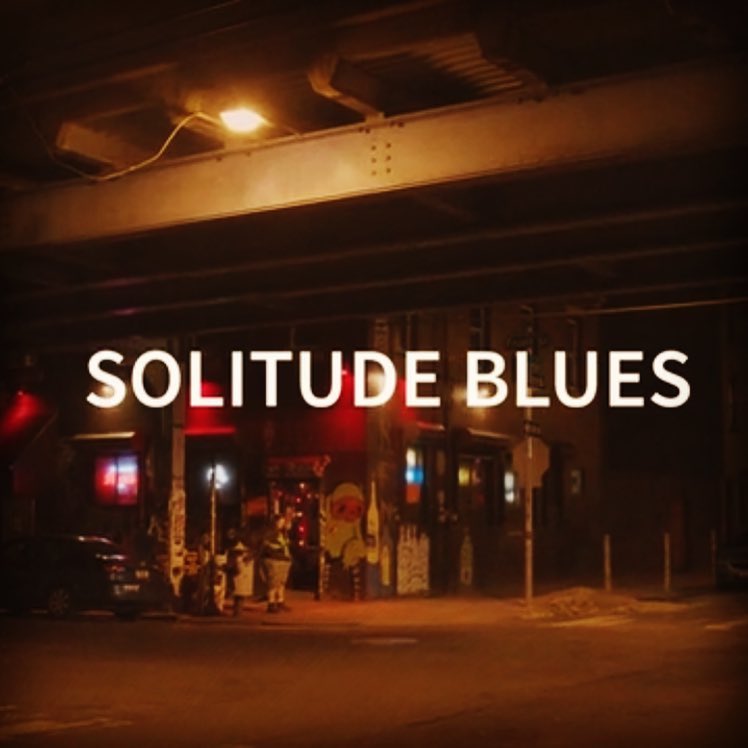 Today, we are speaking with Ryan Zimmerman. We previously covered his Ephemeral As A Kiss EP back in January.  Give us some of your story.

I grew up in Southern New Jersey and  started out on saxophone when I was in the second grade. I liked it but it didn’t stick. My family had a piano and I would mess around on that but then gravitated toward the guitar when i was 12 or 13. My friends were musicians and their older brothers as well, so i got taught some stuff , the basics and took it from there. I never had any formal guitar lessons. Played in Local bands in High School and started writing. I was asked to leave home when I was 19 and moved to Atlantic City for a few years and “played out” here and there and worked in restaurants to support myself. I ended up bartending and playing music on the side with bands up and down the jersey coast but nothing ever was going in the direction I wanted. About 4 years ago I started doing solo stuff and hiring hired hands to help with recording and live shows. It just worked better for me and my present work ethic.


You have just released a new single/video, Solitude Blues. Who all was associated with the creation of the song? Can you give us a little background information about yourself? How did you get into music?

Speaking of hired hands! Yeah there were a lot of people involved in making that track happen. I wrote it earlier this year and after I finished it the first thing that popped in my head was “It needs a female vocal on the chorus”. I called my friend Sahara Moon, a talented local songwriter, and asked her if she was interested. Thankfully she was and we headed to the studio with some other great musicians I got on board. My buddy Erik Krammer from Philadelphia is on Stand up bass, Josh Werner, another talented Jersey musician played Dobro and mandolin and my bud Chase McShane is on drums. I played guitar on the track. We laid it down at Little Eden Studio in Asbury Park New Jersey owned by Pete Steinkopf of The Bouncing Souls. He produced and mixed the song.My friend Joey Heir at Crystal Clear Studio in Philadelphia mastered it. Everyone was very pleased how it came out. The video was shot at a live show we did in Philadelphia at a great venue called Kung Fu Necktie. My friend Brendan Walsh from Oak Leaf Media filmed the video.


How does Solitude Blues compare to your previous music?

The song has a haunting country vibe to it which is different from some other stuff I’ve done in the past but would like to explore more. I originally wanted to put lap steel on the track but Pete and Josh thought it would be a better idea to use a Dobro since every other instrument is not plugged in. They were right, and it still got the same “slide” effect I was looking for! Not one instrument on the track is plugged in. Everything is recorded acoustically with mics, not one amplifier. I’m a sucker for a sad song so I would like to do some more like this in the future.

I think Social Media is great for Independent musicians. I use everything I get my hands on for promotion. Obviously Facebook and Instagram, Ive have done well with those. It gets kinda head spinning after a while with so many popping up and people saying “this is the one” you need to use. Live streaming is pretty cool. I haven’t dove to deep into the “YouNow” and other platforms like that but I plan too. I try to focus on being on the road and playing live which I really enjoy. With that being said I think those sites are great for getting the word out and I want to explore them more but for me nothing will beat a live music experience. If I’m not performing, writing, promoting or booking shows most of my free time is going to shows. I love everything about it. Just getting there, some good food at a spot near buy, some local beer, hanging with friends…its just heaven for me.

Not bad, and I’m still working on getting stronger but I enjoy the process. I had a single from ” Working Musician” on a local Jersey Shore station. Im getting plays on Spotify Internationally and still trying to navigate those waters, I know right now getting on playlists is the way to go. Im not on Pandora, It seems to me to be a bit harder to knock down that door. I believe this last single Solitude Blues had like 3,000 plays on Sound Cloud. Still doing the Band Camp thing as well. Ive been getting spins on some other internet radio stations. Its crazy to see this change over in the music business. I know there was the vinyl, to 8 track, to cassette, to CD succession but that took decades. This whole change over  seems to be happening so quickly its hard to keep up.

Which sort of social media website have you had the best successes with? What about these online services are different from the traditional face to face meeting and performances that musicians utilize? How can interested NeuFutur readers locate samples of your music?

Best place is my official website www.ryanzimmermanmusic.com . You can download everything there mostly for free. Also on there are links to all my social and streaming sites. Better yet…come to a live show and buy a CD or Vinyl form me and we can hang!!

2019 I got a ton of things happening that I’m really stoked about. Im working on putting out an album of some older songs and demos that I have collected, I also plan to get back in the studio to work on new material probably in the spring/early summer. Also, I’ll be doing a bunch of touring. Right off the bat in the new year Ill be in West Virginia  and Nashville. Going back to Virginia for a string of dates and Pennsylvania as well. Excited to get back up to Vermont for some shows in February and I’ll be heading to the Florida Keys in March to play at Blue Heaven which I’m excited about.