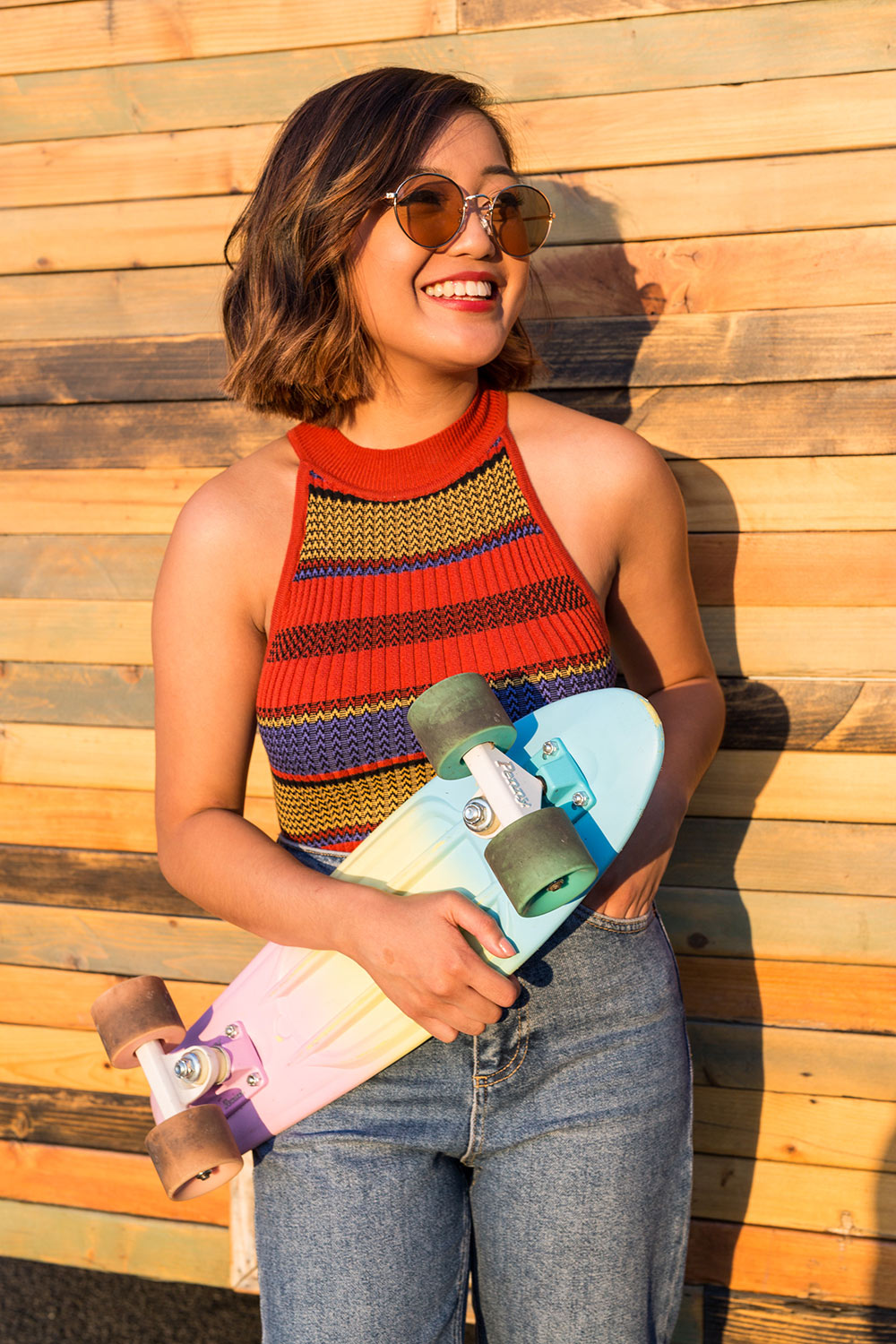 I’m an eighteen year old self-taught artist based in New York. I’m currently a student at Purchase College and majoring in studio composition. I’ve been creating music since the age of twelve and have been performing for four years.

As cheesy as it sounds, music came naturally to me. At such a young age, I found a love for music just by listening to the radio or whatever CD my parents would play in the car. I guess due to being filipino, karaoke was my gateway to music. My family LOVED to sing karaoke and would occasionally ask the kids to sing along as well. However,I didn’t create my original music until the age of twelve. Prior to writing music, I wrote sappy love poems. They weren’t good, but it definitely sparked my writing process. By the age of fourteen, I realized that I eagerly wanted to pursue music.

What sort of work have you put into the recording and creative processes for “Gone”?

In the creative process for “Gone”, I wrote the melody and the lyrics. During the recording process, I provided ideas on how I wanted the song to sound like. Overall, production wise, it was mostly left to my producer, Prince Chappel.

How is the process for “Gone” different from songs like “Everything” and “Snowflake”?

“Gone”, compared to “Everything” and “Snowflake” is very pop driven. With heavy drums and multiple synths upon the track, I believe it’s a step towards the true sound I aspire to obtain. I wrote the song “Gone” at seventeen. When I wrote “Everything” and “Snowflake” I was just starting out songwriting and figuring out what artistic style I wanted. At first, I aspired to have a very coffee house, singer-songwriter sound. But as I got older and my music taste changed, I discovered that I wanted to have more of a pop sound.

Tell us a bit more about the EP you’re working on. Why should listeners pick it up?

The songs on the EP are very personal. Some songs were written years ago and others were written more recently. Compared to my first EP, I’d say this EP is a step towards my true style. I’ve grown stylistically and artistically since my first EP. Majority of the songs on the new EP are a bit sad, but I’d say that they’re bops. Sad bops! For anyone that has had their heartbroken, just know I feel for you and even with tears through your eyes, you can still bop your head to the drums!

When I first started out, Christina Perri, Sara Bareilles, and Kina Grannis heavily influenced my music. As I got older and figured out the style I wanted to create, bands such as COIN, Bad Suns, and AJR influenced me heavily.

How is it wearing two hats (performer, student)?

If I’m being honest, it’s a bit challenging. But despite some of the hardships such as catching up with schoolwork, sleep, or life, I’d say I wouldn’t have it any other way. Since I go to college for music, I’m constantly creating. However, it is COMPLETELY different to make songs as an assignment—rather than just because of the inspiration at 3AM. Overall, scheduling can sometimes be hard, but since I’ve been doing this for pretty much four years, I’ve gotten used to it. I’m honestly just really glad that I’m able to get my college degree while creating/performing music.

Bops! Sad bops or BOP bops! In general, songs with synths, drums, and some cool guitar playin in the background

Just go with the flow, man. You never know where it’s gonna to take you.