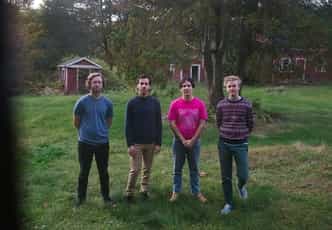 Endless has Pinegrove call back to the early-oughts indie rock of acts like The Appleseed Cast and The Anniversary. The band is able to make their own unique impression on the style by bringing in just a hint of alt-country (e.g. Avett Brothers). The act’s musicianship is just as alluring as their two-part vocal harmonies. There is a close-knit and fuzzy production style to the guitars and drums that will make fans feel as if they are in the same room while the band records. Able to rise and retreat at the drop of a hat, Pinegrove are able to have the audience eating out of the palms of their hands in less than four minutes.