The Vrbs – The Vrbs (Self-Titled) 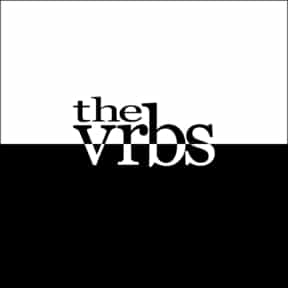 Take Me Home is the first track on The Vrbs’ self-titled album, and it immediately has the act craft a high-energy sort of rock that draws upon the Chicago emo scene of the early 2000s. Emotion drips off each and every facet of the composition whether it be the wistful guitars, the tight bass line, or the splashy drums. The Vrbs have a hit on their hands with this opening salvo, keeping things energized as they move into Say Hello. Say Hello has a bit more grit and punk rock inspirations. Allowing the guitars and drums ample opportunity to shine is a smart decision here, showcasing a different facade to The Vrbs than what was offered first off. The intense chorus will tattoo itself deeply into the minds and hearts of listeners.

Well I Do is our favorite track on the album. Each element of The Vrbs are able to combine their efforts into one of the most cohesive and engrossing efforts we’ve heard so far this year in a song that is part Sunny Day Real Estate, part Woolworthy. Scream for Me is built on an infectious groove that will get people out on the floor even as the chunky guitar lines bash fans over the head. A rare mid-album effort that could easily garner attention and airplay on college and rock radio.

Under the Sea is one of the most fascinating efforts that are included on this album, showcasing the band’s ability to come forth and slow things down. There’s a nod to classic rock artists like Roy Orbison here, even as there’s a contemporary and vibrant sound that is gradually built up over the course of the cut’s run time.

Down the Mountain is the final song on The Vrbs’ self-titled release, tying up the different styles and approaches that the act had previously incorporated on other sections of the album.

Top Tracks: Take Me Home, Well I Do, Scream for Me