Digging into The Tribe Band (An Interview) 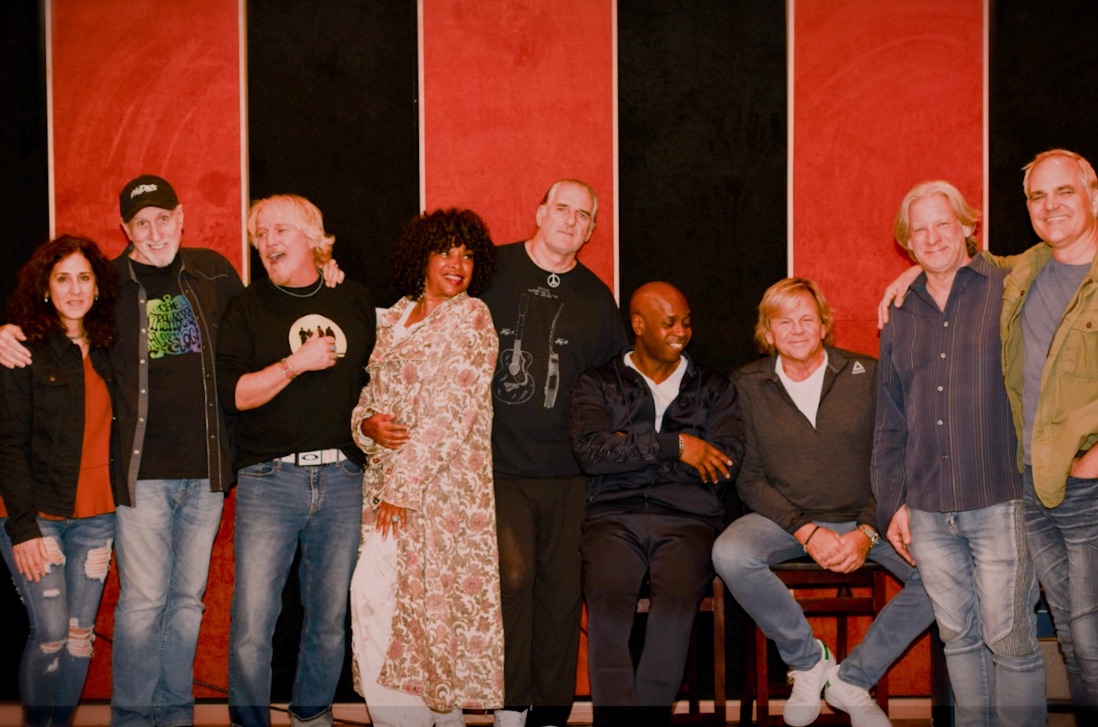 Describe the process of gathering the all-star line-up to help bring this rendition of “This Christmas” to life?

With Kevin Wachs being a long time publisher of Rock Cellar Magazine (www.rockcellarmagazine.com), we have had ongoing relationships with many recording artists and their publicity teams, so it seemed only logical to reach out to some of these local artists who already know us and are also familiar with the Get Together Foundation. (In 2020, we put on a 10-hour all-star telethon that was live streamed and raised money for L.A. City Coronavirus Relief Fund. We got a lot of celebrity support for this event, which raised a lot of money and caught some attention.) Kevin had recently been at a benefit event in Santa Barbara where he had a chance to speak to Michael McDonald about our project in person, and he was totally on board. In addition, the Tribe’s “This Christmas” producer and arranger, Ken Stacey is Kenny Loggins’ vocal coach. When he mentioned the project to Kenny, he loved the idea of participating, so that one was pretty easy! As a matter of fact, Ken went up to Santa Barbara to record both Kenny and Michael at their favorite SB studio. Ken also invited his friend Richard Marx to join the project, and he too offered his voice. I reached several of the other artists who appeared including Melissa Manchester, Freda Payne, and Florence LaRue, and, Lamont Dozier, Jr. had been part of our Tribe until he relocated to Las Vegas a few years back. We were very fortunate that he was in town during the time we were recording and was able to participate. Donnita Hathaway, Donny’s daughter who runs his Foundation, suggested that we invite Frank McComb to sing on it, and mentioned how much he sounds like her father. She was totally right! They were all amazing and so were all the Tribe singers who participated on the project.

What was it like working with so many talented individuals?

Honestly, The Tribe is quite accustomed to having celebrity talent participate on our projects. In the past we’ve released music videos including “Get Together” with Jesse Colin Young (who made that song famous with the Youngbloods), our version of “Do They Know It’s Christmas,” which, like this project, featured different singers singing different lines of the song and included founding member of The Supremes, the late great Mary Wilson, Micky Dolenz, Rosemary Butler, Carnie Wilson, Debbi Peterson (The Bangles), Freebo, The Honeys, and more. Also, over the last 8 years, we’ve performed more than a dozen live all-star charity events for the Get Together Foundation (www.gettogetherfoundation.com) and have been joined on stage by David Crosby, Al Jardine, Micky Dolenz, Jesse Colin Young, Mary Wilson, Rob Morrow, Billy Vera, Carnie Wilson, Peter Asher, Derek Smalls (aka Harry Shearer), Florence LaRue (The 5th Dimension), Marcella Detroit, Steve Ferrone (drummer from Tom Petty band), Danny “Kootch” Kortchmar, Waddy Wachtel (Stevie Nicks band), (members of the Strawberry Alarm Clock, and Ambrosia. And let me also add that the level of talented singers and instrumentalists within The Tribe is quite astounding as well. As a collective, the bar is high!

The behind-the-scenes view of everyone in the studio is wonderful! Why was sharing those moments the right choice for the music video?

Thank you for pointing this out. As we were unfolding the raw video footage and photos taken during the recording sessions and we started to storyboard the video, it became clear that there were so many precious moments that were captured behind the scenes, it felt right to show this. I wanted the viewer to have that glimpse of how it came together and also wanted to capture the brilliance of our producer, Ken Stacey, in action with the people behind these incredible and recognizable voices. I hope that we succeeded!

How and why did The Tribe Band come to the decision that the song’s proceeds would go to the Donny Hathaway Legacy project? Did that decision come before or after producing the song?

The idea of choosing this specific song, Donny Hathaway’s “This Christmas,” as our next recording project came from our executive producer and founder of The Tribe, Kevin Wachs. Kevin is a visionary. He is also someone with a big heart who enjoys making a difference in the world. He and his wife, Mare, both stand for this on a daily basis. A few months back, Kevin decided it was time for The Tribe to release another single and came up with the idea of remaking “This Christmas” since we were leading up to the holiday season. He began to search for a charity organization that might be connected to Donny, and he discovered the Donny Hathaway Legacy Project, founded by Donny’s daughter Donnita, which aids people suffering from mental illness. Although our focus with the Get Together Foundation has traditionally been raising money to help children and families in need, the idea of helping people with mental illness during the holiday season felt right. So, we decided to have our version of the song support the DHLP by asking for donations. Kevin contacted Donnita about our idea, and she loved it. Kevin asked Ken Stacey (Ambrosia, Elton John, Michael Jackson) — who is a lover of Donny’s music — to create an arrangement of the song for The Tribe to record and one in which we could proudly invite some celebrity singers to participate. Ken is often a featured singer with The Tribe, and has sung Donny’s version with us in past shows. He gladly accepted! The decision to remake that song and support the organization all sort of came together at the same time.

This rendition of the track is beautiful! What are the band’s favorite moments from this version of “This Christmas”?

I can’t speak for everyone, and I’m sure we all have our own favorite moments of the song and the video. My personal favorites include Ken tracking Kenny in the studio, Melissa Manchester in the control room listening back to a track and throwing up her hands in joy, Frank McComb’s smile, the split screen of Ken and Richard Marx singing, and Ken leading Freda Payne in her line. Musically, the big choir sound on the choruses has been consistently a favorite. You just have to experience it for yourself!

Why is “This Christmas” and the creator Donny Hathaway important to honor for The Tribe Band?

Donny Hathaway was one of the greatest singers of all time. The Tribe is all about great singing. We have some outstanding singers who are part of our collective including Carly Smithson (American Idol season 7), Gary Stockdale, John Pratt, Terrell Edwards, Bill Cinque, Cara Lee, and many more who exemplify true talent and we are very fortunate to have them be part of our efforts.

Would The Tribe Band like to share any other current projects or plans for the future with their audience?

We just finished our annual holiday benefit concert for the Get Together Foundation which was a lot of fun. We performed a mix of holiday tunes and songs about peace, love, and understanding. Now we’re planning our schedule for 2023. The best way to know what we have going on is to join our mailing list, follow our social media, and check our website: www.thetribeband.com . Last year we launched a show called One-Hit Wonders which we performed with a rotating cast all summer, and we anticipate being able to do more of the same at local summer concert series next summer. I’m sure there will be some other fun events in between, too.