Casanova’s Love Letters is a 2005 release, and it looks to provide a new generation of viewers with a compelling retelling of the exploits of continental Europe’s most famous lover. The show did not make the waves that it should have; BFS has polished it up and has made it available for a considerably wider audience. The story showcases the intrigue of Casanova’s life (played here by Patrick Bergin of Patriot Games and Lawnmower Man 2), as ey fell afoul of the Catholic church. The pacing of Casanova’s Love Letters allows for a wide array of characters to be given proper shrift;  Stefan Booth (EastEnders) shows eir dramatic range as Croce, while Natalie Stone (Drain Baby, Wilde Salome) begins eir career here as Guistannia Wynne.

What is extremely interesting about Casanova’s Love Letters is how accurate the production is; the costuming, language, and sets used will ensure that viewers are fully immersed in the narrative. The video quality of Casanova’s Love Letters is stunning, allowing every buckle and buttress to be captured with impressive quality. The audio track is easily comparable and separates out dialogue from the ambient noises of an earlier era.

Make sure to pick up a copy of Casanova’s Love Letters, and check out the BFS website for more information about their 2013 slate of titles.  The bonus feature (a short about Casanova’s writings being suppressed by the Church and featuring Armand Assante, of Judge Dredd and Magic Man) adds further value to a release with considerable replay value. 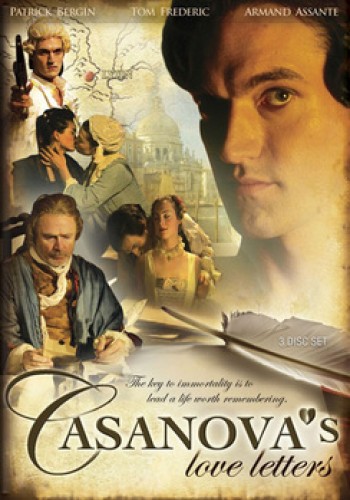