What are all of the bands you have played in?

This won’t be all of them, but this is what I can remember at the moment:
TO THE POINT
INFEST
LOW THREAT PROFILE
DESPISE YOU
LACK OF INTEREST
BACTERIA CULT
SPAZZ
EAST WEST BLAST TEST
ELECTRO STATIC ORCHESTRA
BURN YOUR BRIDGES
STIKKY
NO USE FOR A NAME
JESUS PHILBIN
DUH
ANCIENT CHINESE SECRET
THE LEGION OF DOOM
I do recall Ancient Chinese Secret. Reminded me of Melt Banana in a way. The material seems pretty impossible to find these days. Any chance of a record repress?

Never. I sort of hate that record. Actually I’d like it better as an instrumental. Aside from yourself, I don’t think there’s any interest in the material.

What was your introduction to punk? How about fast hardcore music?

Around 5th grade, my friend Steve had a brother in law who was into punk and used to let us borrow records. This was 1980, and I was really into KISS. Steve brought over the CRAMPS first album and told me “These guys are better than KISS.” I was like “Nobody is better than KISS.” We listened to the song “Garbage Man”, and I didn’t like it. The solo was just noise. Over the next year or two, we listened to other stuff, and I got into it, like the REZILLOS, DICKIES, SEX PISTOLS, RAMONES. And after a year or two, I liked the CRAMPS, too. Then I started listening to college radio, and there was a show on KFJC called Vinyl Rites that played all hardcore. They played everything from 7 Seconds to Terveet Kadet, and then that’s all I listened to. My buddy Steve ended up being one of the guys who started NO USE FOR A NAME with me later on. 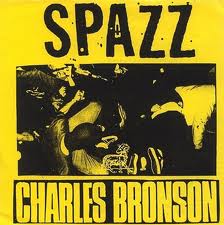 The biggest difference is people are really into it now. In 1992 the California bands all played together out of mutual respect and common interest. This core of bands was pretty much the only bands to play with, besides a few local grindcore bands. Otherwise, you just ended up playing with pop punk or emo bands. The term power violence doesn’t really mean anything, especially now. It’s all just hardcore.

To me, Spazz has always been like the Wu-Tang Clan of hardcore. Kung Fu samples, colorful personalities, and a really raw style. How did you get Kool Keith to appear on La Revancha? Were you guys amazed that he name dropped your band on his classic song, I’m Destructive?

Dan Lactose from Spazz actually got to meet Kool Keith. Dan The Automator was the landlord of our friend Neil Nordstrom, and I think that’s how we found out Kool Keith was in town. He was in San Francisco working on the “Dr. Octagonecologyst” album. Dan and Keith were talking about grindcore and hardcore, and Keith knew some of the bands like Cannibal Corpse and Autopsy. Dan told him about Spazz, and so Kool Keith worked us into the song. Plus Dan got him to record that shout out that’s on “La Revancha”. Pretty awesome. Mostly through Dan, we had some minor connections with those underground rap dudes at the time. Ill Bill came out to our show on Long Island.

Any chance of a Spazz reunion? You probably get asked this all the time but anything is possible with Black Flag reuniting. It’s a strange world we live in.

It’s not impossible, but it’s highly unlikely. We’ve never talked about it seriously. We all live thousands of miles from each other, and Max hasn’t played in years. Of course, there would be a big paycheck in it for us, but the motivation & interest isn’t there at all. And frankly, it just doesn’t sound that fun to me.

What is your take on punk record collecting culture? What is the highest price you’ve seen one of your old records sell for?

I’m glad people are still into it. I was a big time collector, especially through the 80s and early 90s. Most of my collection is gone, but I understand the drive to seek out those limited pressings and rare releases. But I’m happy the interest is still out there, and it proves that everything “going digital” is b.s. People are still into the tactile experience of a vinyl release. I’m not sure what the highest price is for any of my releases, but I do know Jamie from Shank / Geriatric Unit sold the test pressing of the unreleased NEANDERTHAL “Undisputed Fighting Music” 7″ for enough money to buy his fiancee a wedding ring. 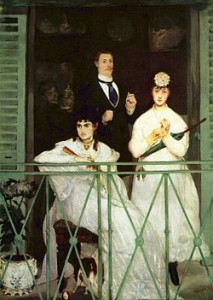 Any current bands you are really enjoying?

Tell people about your new blog.
Please check out a blog I just started called DODGY SOUNDS http://chrisdodgesounds.blogspot.com/
I get people asking me for copies of old releases, so I figured it would be fun to post free downloads for out of print releases, plus I’m posting rare tunes that most people haven’t heard, like demos & outtakes. It also gives me a chance to write about each of these bands and releases.. it helps dust the cobwebs off my brain to talk about this stuff. It’s free, so check it out while you can (seems like download blogs always get shutdown, although this one shouldn’t since it’s all of my own material). 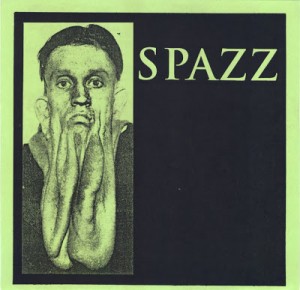