Posted on: September 24, 2013 Posted by: James McQuiston Comments: 0
Featuring the explosive “Love War” (feat. ADHD) & Remixes from Moiez, Botnek, and Gazzo
Moiez RMX Premiered on Fist In The Air
Botnek RMX Premiered on MOARRR
Anoop Desai first rose to prominence as a finalist on the eighth season of American Idol. Alongside Mindy Kaling, Aziz Ansari, Dev Patel, and Jay Sean, he’s part of the new rising “Indian-American invasion” across mainstream U.S. pop culture, a role he’s not afraid to embrace.
Partnering with DJ ADHD for a huge electronic sound, he’s taken the best of artists like James Blake, Purity Ring, and Little Dragon, bringing their pop genius into modern EDM’s pure, immediate headrush territory.
Look no further than 2012’s 3 Cheers EP. Featuring the original cut of “Love War,” it’s serious party material, a collection of visceral bangers that have established Desai as both a budding star in the EDM world and an in-demand songwriter outside of it.
Now he’s dropped a “Love War” remix package to tide us over until his next round of dope material.
Through remixes from Moiez, Botnek, and Gazzo, “Love War” is made even more massive, like the whole galaxy got roped into the fight. 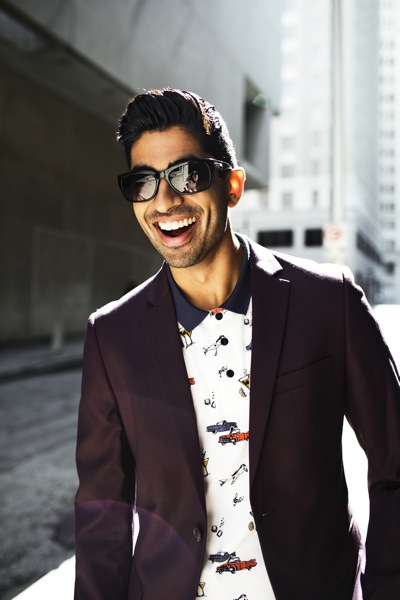