In The Cold has a seventies pop-rock sound that will immediately draw listeners in and keep them focused through the first section of the band’s latest release. The front-forward aspect of the vocals are reminiscent of John Denver and Jackson Browne, while the instrumentation is influenced by acts as wide as America, The Eagles, and Creedence Clearwater Revival. 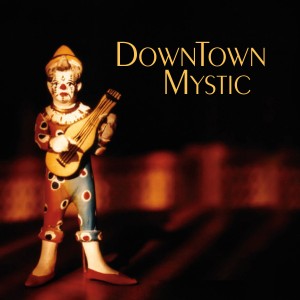 Way To Know has DownTown Mystic assume the role of hard-rocking stadium act, with subtle KISS and Cinderella elements linked to a lush instrumentation. The interplay between the instrumental and vocal sides here is fantastic, with each side pushing the other to greater heights. The production of this track (And all of the songs on this self-titled release) ensures that DownTown Mystic will have a few radio-ready hits before the disc spins to an end. Lost & Found kicks the energy into high gear, with a Sammy Hagar meets Warren Zevon styling keeping things interesting. The track ties together the sixties, seventies, and eighties while having a quality that the current generation of music listeners can appreciate.

The album comes with three bonus tracks – Tomorrow’s Clown, Read The Signs, and a radio edit of No Exceptions. Make sure to purchase a copy of DownTown Mystic’s latest from their CDBaby and bookmark the Sha-La website for further information about DownTown Mystic, live tour dates, and snippets of the band’s music.

Top Tracks: In The Cold, Way To Know, Lost & Found