Money for Nothing – A History of the Music Video

Yes, as the closing narration of Money for Nothing points out, “the music video is a dinosaur” – thanks mainly to the fact that the network that created the need for them is stuck in a death spiral of reality TV car wreck/porn. But that’s what makes this documentary that much more compelling; it’s a look back at the music video from its earliest inception six decades ago (actually earlier, if you include Al Jolson’s The Jazz Singer), through the ‘80s when Michael Jackson, Madonna and Bruce Springsteen used the vehicle to create their distinct personas, into the dreadful sexism of the hair metal phase, the minimalist approach of alt rock and up through the excess of the bloated rap era (while we’re at it, let’s toss Gun N’ Roses into that group). 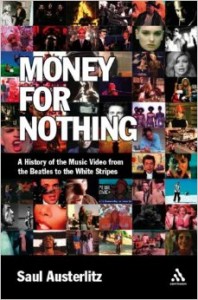 In just over an hour, director Jamin Bricker manages to cover the highlights and lowlights of the music video, throwing in examples from just about every genre that once dominated MTV. This doc serves as an excellent companion piece to the 2012 book I Want My MTV. And much like a good music video, Money for Nothing is over too soon, leaving you wanting more.

Money For Nothing – A History of the Music Video/78 mins./Virgil Films/2014