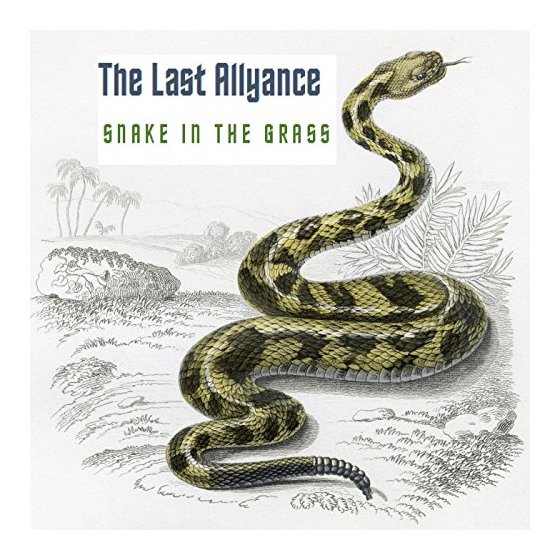 I have played in multiple original bands since 1982 and cover bands since 1978, the first cover song i ever sang live was Pat Travers’ “life in london”, we played all hard rock and blues rock songs when we were kids. Mike and I started TLA in 2006, as a way to go back to our heavy rock roots. We started to think about going ‘live’ with the project in 2013. Snake in the Grass is your new album. Can you provide us with a brief insight into your process? What were the steps taken between the first thoughts about a tune or melody to the creation of a full track?

We had already written most of the material for the new cd before Dave and Bill joined, we used 4 of Daves’ songs, 4 from our previous demos and 2 new ones. The process was challenging in that we wanted to get the album out in few months…re- recording drum tracks got us behind schedule, so there was pressure to finish.

Our song writing process is usually built around one of Mikes’ riffs or chord patterns, then we just expand on the arrangements and we’ll come with some words and a melody and ‘boom’, it’s a song!!

The music on Snake in the Grass is distinctly your own, but hints of classic rock, hard rock, and other acts can be gleaned. What acts were the biggest influences on the overall sound of the band?

We have wide ranging influences, too many to name, but for me personally, I grew up listening to Stevie Wonder, the Isley Bros. and a lot of motown. Then, Three dog night, Elton John, the Beach Boys and Tom Jones. Finally I got into rock music in about 1974… Montrose, BOC, Aerosmith, etc…My vocal influences from those days are any Deep Purple singer (Gillan,Hughes, Coverdale) and also Uriah Heeps’ vocalists (Byron,Lawton and Sloman). Throw in James Dewar from Trower,  Martin Turner from Wishbone Ash and Bill Nelson from BE BOP deluxe.

What are your favorite songs from Snake in the Grass?

My favorite songs on ‘Snake’ are ‘What I’m Doin’ Wrong”, ‘Missing’ and ‘Heaven’.

While 2015 is coming to a close, what are the band’s plans for late October and beyond?

We will get back to writing new material, play a few gigs and re-think our style during the coming months, we can go a lot of different ways!

What changes have you noticed in music – promotion, publication, recording – since the earliest times you got out and played until the September release of Snake in the Grass?

The music industry has totally changed since we were young. So much is about social media, that we are overwhelmed by it all! We need to have one person do all of it, it’s a full time job!!

My advice to all is to form a rock n’ roll band, practice hard, play your own original music, let it come from your soul and never give up on anything!!! Love to all!!