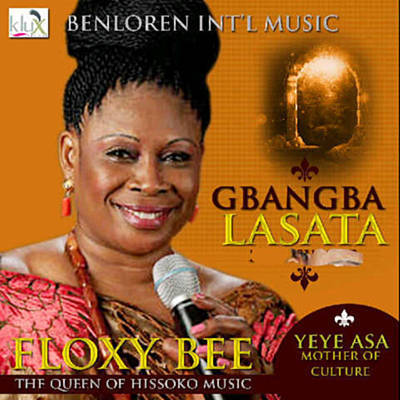 Ori is the introductory effort on Floxy Bee’s Gbangba Lasata, and it does a tremendous job in uniting a traditional sort of music with hints of jazz, gospel, and soul. The tremendous power of Floxy Bee’s vocals will keep listeners on the edges of their seats, while the multiple harmonies that become commonplace during the track imbue the early part of the album with great depth.

Iba succeeds because of the challenging time signature used by the horns and bevy of instruments, which are provided with great contrast when included alongside Floxy Bee’s vocals. The tracks on Gbanga Lasata stand up to repeat listens as there are so many things going on; fans will have to play the disc multiple times before they can hear every twist and turn that has been included within.

The eponymous Gbangba Lasata is a highwater mark for the disc, going all in with tremendous complexity, narrative depth, and a vocal style that hits upon classical and current styles equally well.

Seioo is a track that keeps things light and airy all while Floxy Bee’s vocals and the backing instrumentation unite to create something that will bury itself deep into the minds and hearts of listeners. The skill of the musicians is such that an extended vocal-less interlude is able to ferry the narrative just as well as the combined vocal/instrumental dynamic. Mefies is the concluding statement on Gbangba Lasata, doing a tremendous job in slowing things down and providing fans with a more introspective and contemplative statement. By simultaneously furthering the arrangement and the narrative of this late-album track, Floxy Bee is able to end this album emphatically. For more information about Floxy Bee, her discography and additional information about this inimitable performer, visit her domain and social networking links.