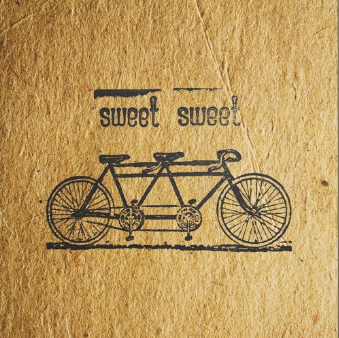 To The Stars is the first track on Sweet Sweet’s In Tandem, and immediately showcases such a wide array of styles and approaches that fans will eagerly anticipate the songs to follow. Hints of artists like The Lumineers and Of Monsters and Men can be picked out, but what Sweet Sweet do is unparalleled in music. This means that there are hints of folk, alternative, and even pop-rock that filter through during this introductory effort. Daylight is another catchy effort. During this song, Sweet Sweet slow things down and takes listeners on a journey ferried by Jeremy’s vocals and Kerrine’s cello. The warmth of In Tandem’s production is inviting, eliciting comparisons to a close venue or fireplace-lit cabin.  Remind Me is a shuffling effort and shifts things into a retrofied sound. The dynamic established between the punchy percussion and leisurely cello lines works as the track ends with a twinkling, sunny feeling.

Cellars and Closets has hints of the Goo Goo Dolls and Jason Mraz; the equal portions instrumentation and vocals heard here works amazingly well.  Lost Kids has a certain weight to it that gradually rises as the track moves into its second half. There is a secondary narrative that is created during this finishing effort that will resound loudly with listeners long after the album ceases.

Sweet Sweet is an act that skillfully sails between rock and alternative styles in the creation of their own unique sound. The act is able to deliver what sounds like a very close grouping of tracks on In Tandem, but subsequent listeners will clue fans in regarding the sheer breadth of each track that the band has committed to the release. In Tandem will be released in September, 2016.

Top Tracks: To The Stars, Cellars and Closets