Jack of None – Who’s Listening to Van Gogh’s Ear

Posted on: August 12, 2016 Posted by: James McQuiston Comments: 0
Tags: Jack of None, Jack of None Who's Listening to Van Gogh's Ear 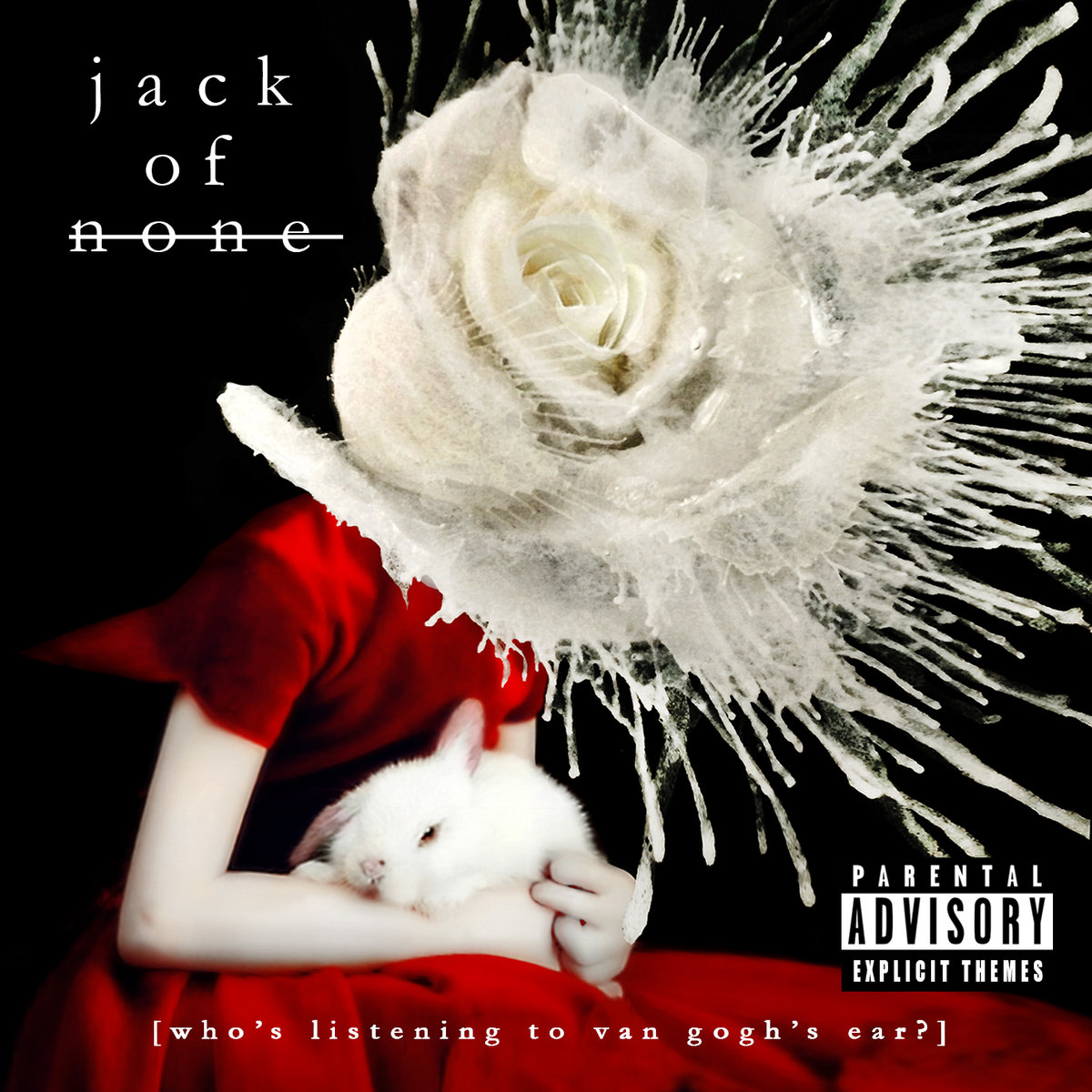 Hotel Carcass is the first track on Who’s Listening to Van Gogh’s Ear, the debut album from Jack of None. The track has the dark emotion of The Cure, hints of twee-pop, and bits and bobs of electronic, ambient, and jazz stylings. The sheer depth of this initial composition ensures that listeners will be on the edges of their seats, having no idea where Jack of None will ultimately take them.

Pater, Ignosce Mihi has the same desire to create something wholly unique. This single is lead by a furious hard rock / metal (think Marilyn Manson) sort of sound, and is further fleshed out through echoing vocals, and pieces of electronic and blues elements. Confessions of a Chop Chop Lady keeps things interesting as fans will be immediately taken on a narrative journey. The effort feels as if it could contribute to a dystopian film or a musical like Repo The Genetic Opera.

There was a Crooked Man puts the guitar as the focal point, utilizing the same whispered vocals that have been interspersed throughout Who’s Listening to Van Gogh’s Ear. Fans of psychedelic rock will dig this track, as  The Doors, The Raconteurs, and Queens of the Stone Age can be discerned here.

The penultimate effort, Nocturnes in Dorian is interesting as it begins in a glitchy, virtual-sort of way before moving into a more pensive, Metallica-meets-Rush sort of rock. Nocturnes in Dorian move into a fiery industrial rock track as it cedes ground to Poem for the Invisible. The album’s concluding effort ties together any loose ends and showcases where Jack of None may ultimately go in follow-ups to their first album.

Top Tracks: Confessions of a Chop Chop Lady, There was a Crooked Man