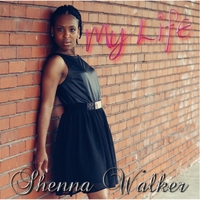 Shenna Walker’s latest track Favor will immediately draw listeners in with a very catchy beat, which ties together R&B, funk, and soul before ceasing a bit after the four-minute mark. Walker’s vocals confidently glide over the track. The production of Favor is solid enough to allow each element (instrumentation, Walker’s vocals) ample time to shine on their own, all while contributing to an inimitable sort of sound. The tautness of the production is such that fans will continue finding new twists and turns to Favor long after their initial listen.

Walker’s vocals during Favor tell a story of empowerment that shakes traditional gender roles to their core. By coming forth in such an enlightened fashion, Walker is able to showcase a female-positive attitude that can influence anyone that is listening into the effort.

The robustness of Favor’s instrumentation bares additional discussion. The bass and clap tracks work well off of one another, creating a chiaroscuro that allows Walker’s vocals ample opportunity to shine. Favor is able to shift and change over time, with a slower section pushing a bit harder on the R&B style. This momentary shift is enough to keep listeners firmly focused into the track, giving Walker enough momentum to end Favor as strongly as it began. The single’s video (directed by Kyle T. Miller) does a lot to add further context to this already-heady song. Doing well to immediately introduce Walker before throwing her into the song’s narrative.

Talented enough to create bold and vibrant music but smart enough to moor her own unique sound to storied musical traditions, Walker creates a track that will easily imprint its’ harmonies deep into the psyche of anyone listening in. Here’s to hoping Walker can continue to build off of Favor with subsequent releases.