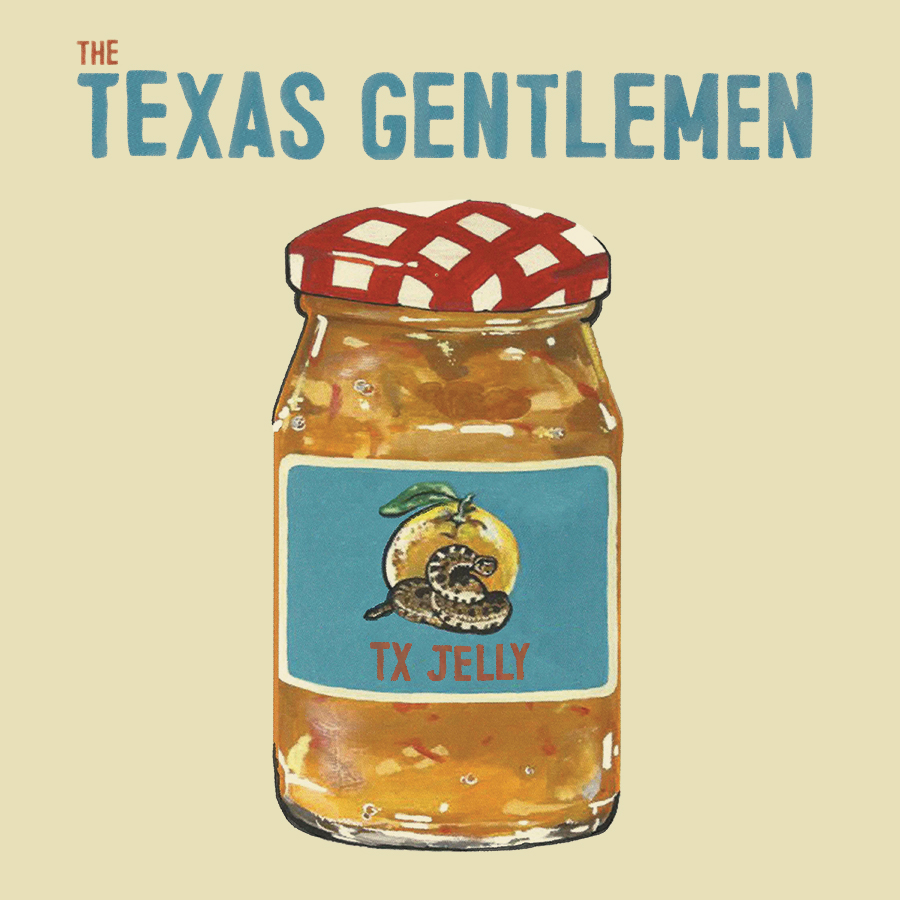 With the recent passing of Leon Russell and Merle Haggard, it seems like we’re in danger of losing a precious sub-genre of music. Both, along with a handful of others like Willie Nelson (still around, thankfully!) and Waylon Jennings, played a skillful brand of bullshit-free country music that added in the swamp sound of Mussel Shoals and a “no fucks left to give” Outlaw vibe.

But, thankfully, there are still bands a few bands out here like The Texas Gentlemen willing to pick up that flag and carry on the fight against the plastic, neon country sound that seems to be dominating Nashville at the moment.

The Dallas-based five-piece’s debut, Jelly, is 11 tracks of authentically played Southern Rock, Americana, Soul and ‘70s Country. Recorded live in under a week down in Muscle Shoals, AL, there are a slew of influential touchstones here (including all those named above), but the band still manages to come off as wholly original with their music. Hardly a band to hue to a single sound, The Texas Gentlemen can pull off a sweet, almost hymn like sound on the front end of the song “My Way,” then pivot to Boogie Woogie piano in the last minute. On the next track, the breezy sentimental “Superstition” they manage to pull off a Harry Nilsson vibe, while later in the album they boast a brilliant tear in my beer number like “Pretty Flowers” and a psychedelic garage rocker like “Shakin’ All Over.”

Versatile throughout, each song is just as powerful as the last. With “Jelly,” The Texas Gentlemen may just be the ones to save country music.