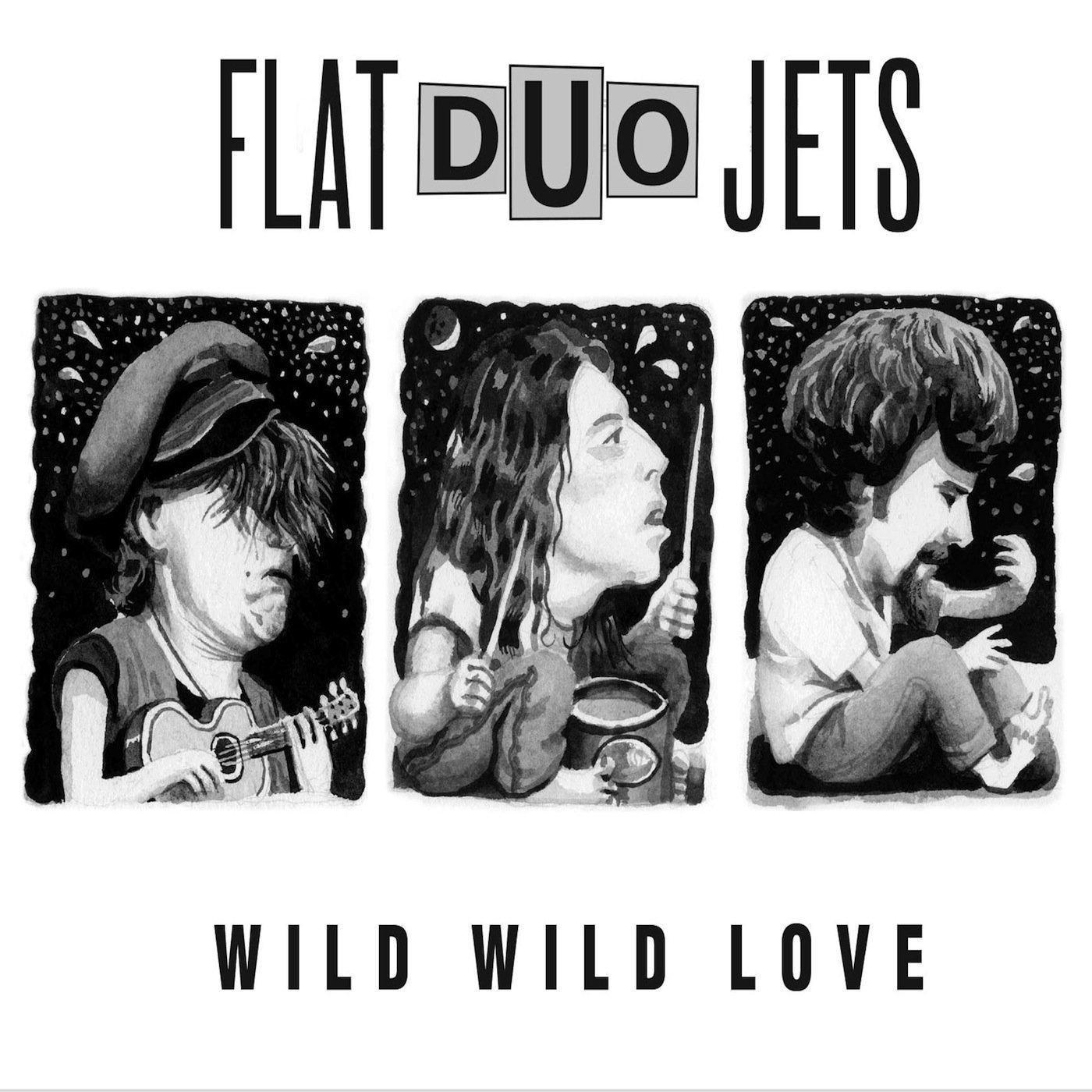 The music world is cluttered with tragically underrated bands. Groups that didn’t get their due until long after they’d broken up, despite their influence heard on a raft of more successful bands. Before R.E.M. there was Big Star, before Cheap Trick there was The Raspberries and before bands like Devo and The B-52’s, there was Captain Beefheart. So, North Carolina/Athens, GA’s Flat Duo Jets are in good company. In their 16 years of existence, they became musician’s musicians and went on to influence everyone from The White Stripes to a slew of current Americana bands and punkabilly bands.

The label Daniel 13 is re-releasing Flat Duo Jet’s fantastic 1990 self-titled album, along with 1985’s long out of print “In Stereo” EP and a full second disc of outtakes. The set is packaged as “Wild Wild Love” and is proof that this band deserved a much wider audience.

Combining rockabilly, psychobilly, punk folk and straight up rock, the band – singer/guitarist Dexter Romweber and drummer/bassist Chris “Crow” Smith – manages to sound so much larger than just two (and occasionally three) guys. Romweber’s deep, emotive vocals are complemented brilliantly by Smith’s rock-steady rhythms. Songs like “My Life, My Love” and “When My Baby Passes By” still sound remarkably relevant decades later. Impressively, the music was recorded without overdubs, just straight to tape.

Among the 13 outtakes that make up the second disc are an inventive take on Santo and Johnny’s “Sleepwalk” and “Bring it on Home,” the Sam Cooke classic, along with alternative versions of their own songs.

In the years since the duo split, Romweber has put out half a dozen solo albums, including last year’s “Carrboro,” while Smith has been less prolific, putting out a solo album in 2005. “Wild Wild Love” would be a great first step in reuniting the band.