War for the Planet of the Apes (Blu-Ray / DVD) 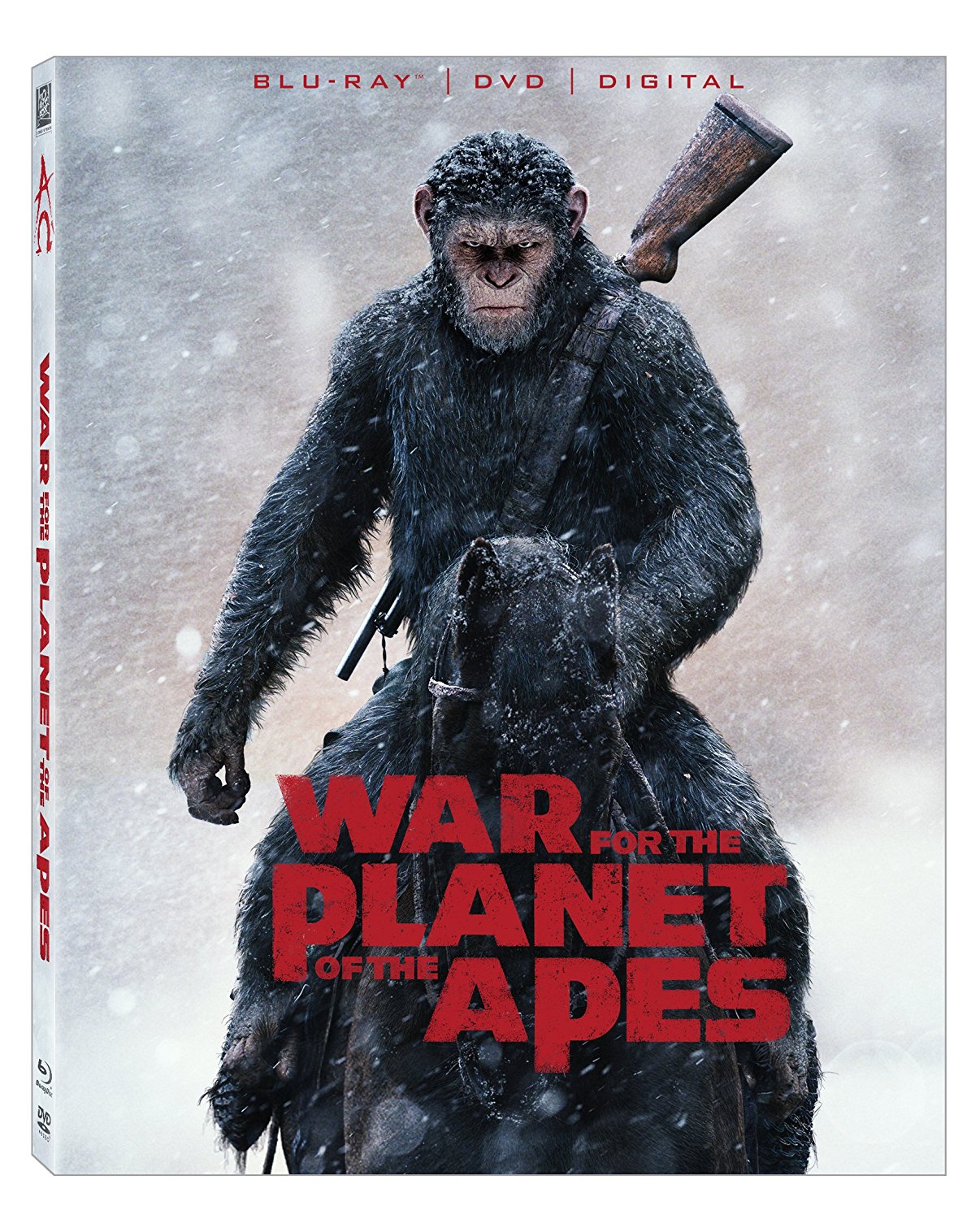 Amazing story telling is being able to take a movie where the lead character is almost entirely computer generated and make it a compelling drama.

The original Planet of the Apes series of movies (five in all) was solid for its time, but looking back now, the makeup used for the apes is ridiculously distracting. The reboot of the series, ending with this, the third installment, War for the Planet of the Apes, relies on cutting edge technology to turn the apes, like protagonist Caesar, into actual characters that you care strongly about. In this concluding film Caesar is played masterfully by Andy Serkis (the same actor behind fellow tech-enhanced character Gollum from The Lord of the Ring movies). He, along with the few surviving apes are pitted against the brutal Colonel (Woody Harrelson in all his menacing glory) for control of the planet.

The movie is as emotional as it is thrilling thanks to the acting of Harrelson and in particular Serkis, who has managed to take a once-goofy, B-movie concept (a talking primate) and turns into a protagonist you care deeply about.