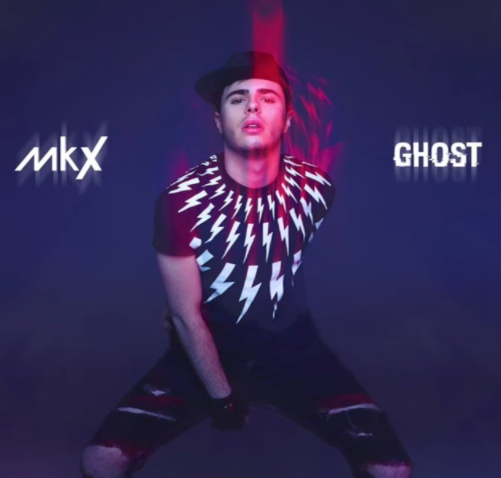 MkX has scored big with his newest single “Ghost” – this budding pop sensation spares no effort with a fantastic song that accomplishes the dual feat of making a personal statement with great artfulness and entertaining audiences with a highly musical and physical approach to performance. It’s a winning combination throughout. It’s been released with an accompanying
video that emphasizes the intense connection MkX feels exists between his music and visual sense – the two mediums blend together splendidly in his hands and the video makes the song a much more immersive experience. It’s quite fine on its own however. MkX is a thoroughly modern artist whose musical landscapes reflect his relevance and he shows an astonishingly even
hand in how his compositions unfold. He never tries to pack too much into limited spaces and understands the value of pacing. “Ghost”, due to MkX’s visual sense, unfolds like a musical mind movie of sorts and will undoubtedly draw many listeners into its spell.

The musical arrangement largely relies on electronic backing, but there are some acoustic instruments employed. They are augmented some with post production effects to bolster the song’s atmospherics and what might have come off heavy handed from another performer works quite nicely in MkX’s hands. The synthesizer lines could have easily overwhelmed the song in
the hands of a performer and writer with cruder instincts but MkX, instead, orchestrates these elements with a deft hand and an unerring sense of when certain motifs in the music should repeat themselves. The song runs just a hair over the three minute mark and centering everything on the recurring piano figure gives it a strong connection to traditional fundamentals that sustains it throughout its running time. The arrangement is particularly well suited for a music video as it allows visuals to sort of “fill in” the gaps of MkX’s musical presentation. It all emerges as a cohesive work well worth anyone’s time.

The lyrical content and how MkX gets it over is essential to the song’s success. He shows an instinct for phrasing that goes far beyond the purview of typical young performers both in pop and hop hop, but he keeps up a steady energy too that’s every bit the mark of a youthful performer. His ability to avoid any excesses in both his musical and lyrical presentation further
sets him apart from the pack, but it’s the clarity of his message and the unabashed vulnerability that he’s unafraid to embrace that truly marks him as a radically different artist in a field too often glutted with mere entertainers alone. “Ghost” has meaningful things to say different
listeners will take different things away from, but there’s little doubt that MkX has recorded a song just as satisfying for a wide cross section of his potential audience as well as himself. It’s an incredible next step in a career that seems to have no limits.